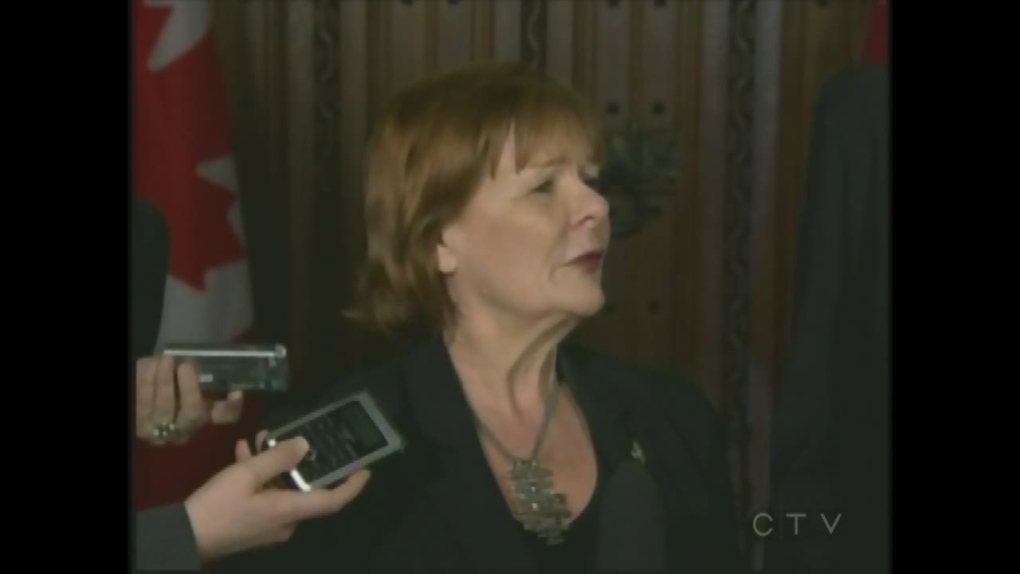 London-Fanshawe M-P Irene Mathyssen speaks about the ending of the federal tax on tampons on Thursday, May 29, 2015 in Ottawa, Ont.

According to a release from the MP's office, the first bill will ensure that any disability pensions received by a Canadian Forces or a RCMP veteran would not be clawed back once the veteran reaches the age of 65 and starts collecting CPP or similar provincial plan.

The second bill raises the amount of money received to 70% of the veteran’s allowance or annuity when he or she passes away.

“We ask our men and women in uniform to put their lives on the line to protect citizens here in Canada and around the world” said Mathyssen in the release.

“They made a commitment to Canada and when they retire we owe them a debt of gratitude. It is only right that we ensure veterans and their families are financially supported.”