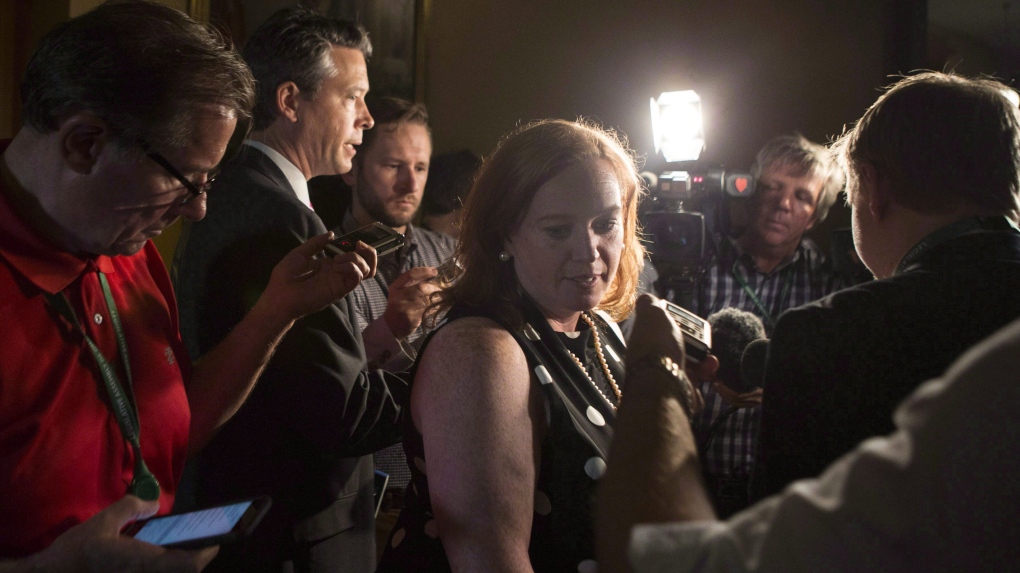 Ontario Minister of Children, Community and Social Services Lisa Macleod turns away after scrumming with reporters at the Ontario Legislature, in Toronto on Thursday, July 5, 2018. THE CANADIAN PRESS/Chris Young

TORONTO -- Ontario's integrity commissioner says there are insufficient grounds to conduct an inquiry into the social services minister warning a group of behaviour analysts of consequences if they didn't support her new autism program.

Lisa MacLeod apologized after the Ontario Association for Behaviour Analysis said she and her staff told them it would be "four long years" for the organization if they didn't provide a positive quote to help promote the program.

J. David Wake says even if the allegation is true, the comments don't violate the Members' Integrity Act that prohibits using MacLeod's office to influence someone in order to further her private interest.

Wake says the allegation that MacLeod was trying to seek favourable media coverage for the policy change does not constitute a private interest.

MacLeod ultimately announced changes to the program after backlash from parents and therapists, who said the plan gave families insufficient levels of funding and didn't take individual needs into account.

The complaint to the integrity commissioner came from Michael Coteau, who was the Liberal minister in charge of the autism file when that government unveiled a revamped program in response to protests in 2016 from families.