INGERSOLL, ONT. -- Henrietta Mulder hadn’t cycled much since she was a kid, when in 2017 a friend asked her to take up the sport.

“Mostly to get more exercise I guess," she says.

Soon afterwards the friend also decided to take part in the Great Cycle Challenge, a nationwide effort to support kids with cancer.

It was a success and Mulder was already planning to participate in 2018, when suddenly the effort took on a new meaning.

That January, her daughter Arlene called with devastating news.

“We came home from Florida and then in the first week we got the call she’s been diagnosed with stage four colon cancer. It was incurable but it was treatable." 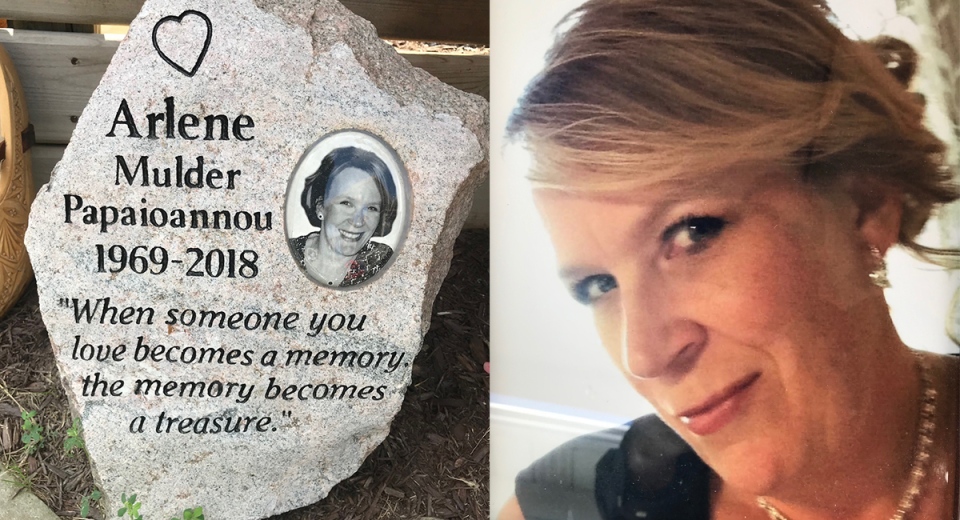 Although 49 years old at the time, Arlene Mulder Papaioannou was still her baby. So Mulder rode in her honour in 2018.

“She was my first born. She was special. We miss her a lot”

In the hopes of attracting further support, Mulder plans to log 400 kilometres during the challenge taking place throughout August.

At 72, she admits it’s a bit of a feat, but one she plans to meet since one donor intends to pay one dollar for every kilometre she travels over that total.

Already among the top fundraisers in the country, Mulder has to stay in shape despite a recent wipeout which resulted in the need for some patching up and a new bike.

“So the bike stopped and I didn’t." And not stopping is her motto.

She’ll keep going to support kids with cancer, and to remember her beloved ‘kid,' who lost her fight with the disease.

“I think about her all the time," she says.