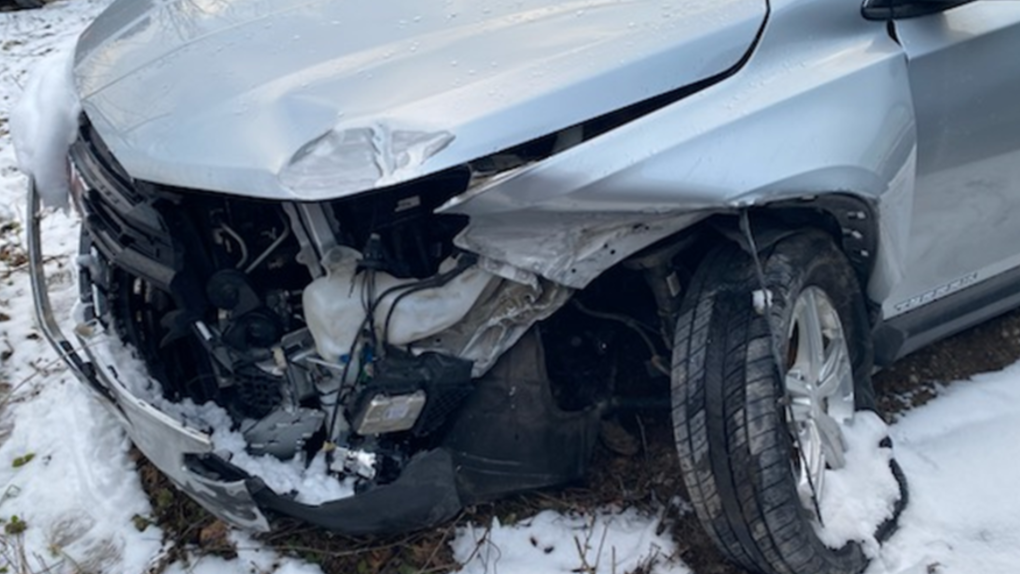 A 37-year-old driver allegedly crashed into a bridge near Goderich, Ont. on Jan. 13, 2023 while intoxicated, according to Huron County OPP. (Source: OPP)

A 37-year-old man will be without a driver's licence for three months after he allegedly crashed into a bridge in Huron County while impaired and twice the legal limit, according to police.

According to a press release from Huron County OPP, just before midnight on Jan. 13 police, fire crews and EMS were called to the scene of a collision.

Upon arrival, first responders discovered that a lone vehicle had struck a concrete bridge and guardrail just north of Goderich, Ont. on Bluewater Highway, which caused “considerable” damage to the SUV.

The lone male driver was transported to hospital with minor injuries.

Upon speaking to the driver, police determined he had consumed alcohol prior to driving. He was then placed under arrest and taken into custody.

Police said the driver provided breath samples which revealed he was two times over the legal limit.

As a result, a 37-year-old man from Ashfield-Colborne-Wawanosh has been charged with the following offences for his alleged involvement:

The involved vehicle was towed and impounded for seven days, and the accused had his driver's licence suspended for 90 days.

Police said the accused has been released from custody, and is scheduled to appear in a Goderich court on Feb. 27.