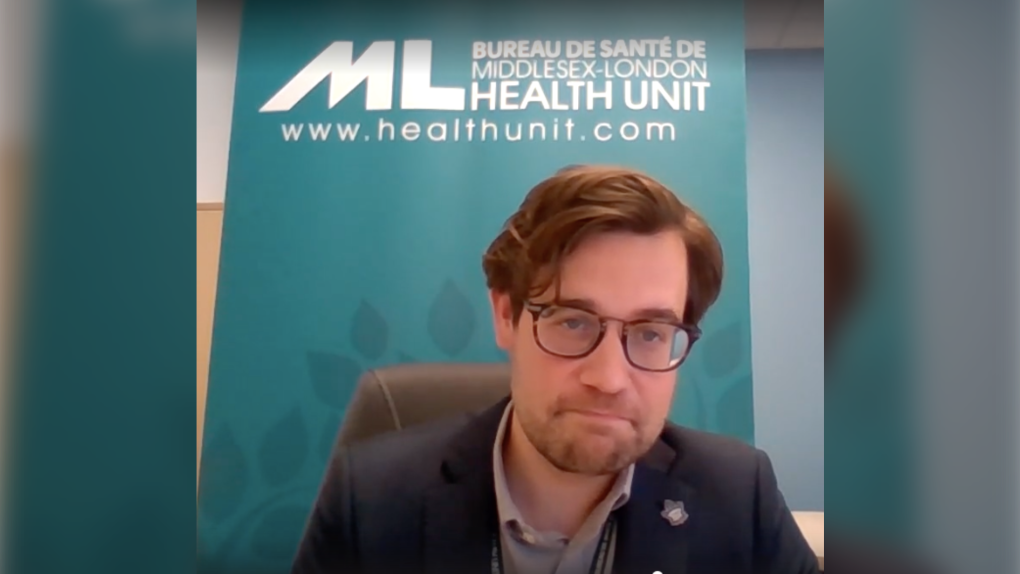 The acting medical officer of health for Middlesex-London says he is “increasingly concerned” about the new COVID-19 Omicron variant.

The World Health Organization (WHO) warned Monday that the global risk from the Omicron variant is "very high" based on the early evidence, saying the mutated coronavirus could lead to surges with "severe consequences."

During a media briefing Monday afternoon, Dr. Alex Summers said with the first few cases of Omicron being identified in Ontario over the weekend, the Delta strain remains the predominant strain of concern in our region, but that could change very quickly.

“We worry about variants for three reasons. One, is it more infectious or transmissible than any other variant? With Omicron, early indications out of South Africa and early incident evidence of transmission in Europe, suggests that it very well could be more transmissible than previous variants. It is out-competing the Delta variant quite pronounced widely in South Africa. The second reason we worry about variants is due to the severity of the illness that those variants might cause. As it stands, we're not entirely sure yet whether or not Omicron causes more severe outcomes or not. The third reason is whether or not the vaccine remains effective against these various strains.”

If the Omicron variant were to show up in Middlesex-London, Summers says the health unit would be notified through the province.

The WHO has stressed that while scientists are hunting evidence to better understand this variant, countries should accelerate vaccinations as quickly as possible.

If that’s the case and Ontario expands its third dose eligibility, Summers said the move would not impact kids between the ages of five and 11 getting the vaccine.

As we approach the colder months and holiday season, Summers is also encouraging people to take a look at the provincial regulations for gatherings and consider being even more conservative than is recommended.

“The current provincial regulation and rules limit gatherings of 25 for indoor social gatherings and it's absolutely critical that you don't go beyond that number. I would absolutely actually encourage you to keep that number smaller... I would strongly encourage folks to consider limiting your indoor gathering size as much as possible. And if you are having an indoor gathering with anybody who is not in your household, make sure everybody there is vaccinated.”

— With files from The Associated Press