Hundreds turn out for rolling protest of nuclear waste plan 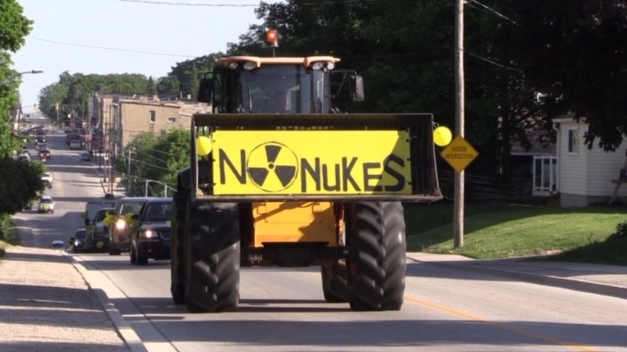 Over 1500 people signed it, who are against the idea of burying Canada’s high level nuclear waste under 1300 acres of farmers fields north of Teeswater.

After “virtually” presenting the petition to council, residents took part in a rolling protest through Teeswater and Mildmay.

The anti-nuclear waste group wants South Bruce council to hold a referendum, as soon as possible, in order to find out if the community truly is behind the project or not.

CTV will more on this story Wednesday.