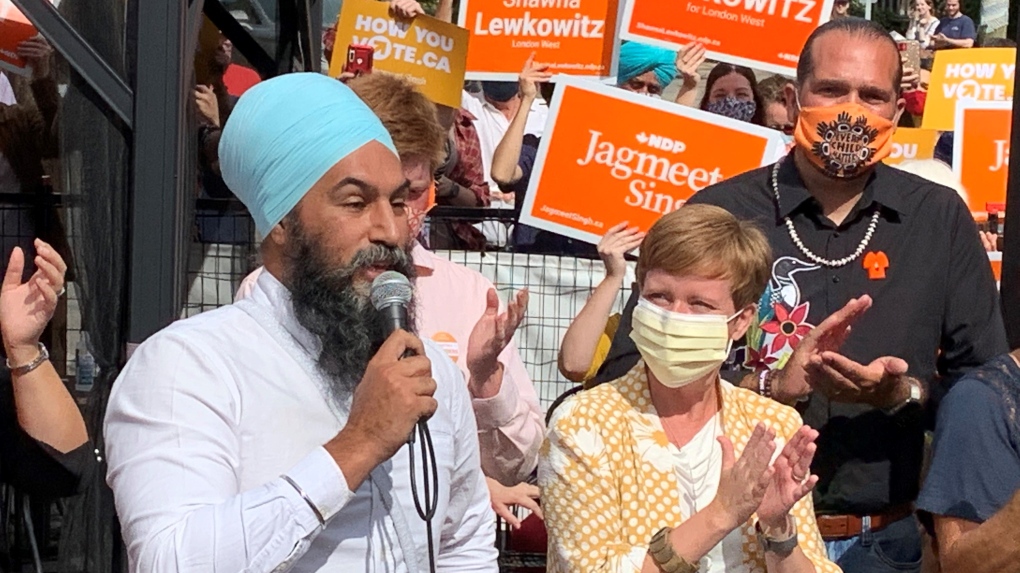 With the federal election just days away, New Democratic Party Leader Jagmeet Singh made a stop in London on a swing through southwestern Ontario.

Singh addressed hundreds gathered in London's Wortley Village, including a number of candidates from across southwestern Ontario.

"People are telling us they can't handle another four years of Justin Trudeau," Singh said. "There is a rigged economy that makes it harder and harder for people to get ahead."

He added that the housing crisis has gotten worse under the Liberal government.

During the high-energy rally, Singh led the crowd in some dancing and jumping to music with a strong beat and posed for selfies with supporters. He did not take questions from the media.

Jagmeet Singh's campaign staged a high energy rally in #ldnont where the NDP leader had the crowd dancing and jumping outside the Sweet Onion Bistro. pic.twitter.com/vl3o9KWIPv

Singh had a busy day scheduled with appearances in Essex, London, Welland, Hamilton, and Brampton on Wednesday.