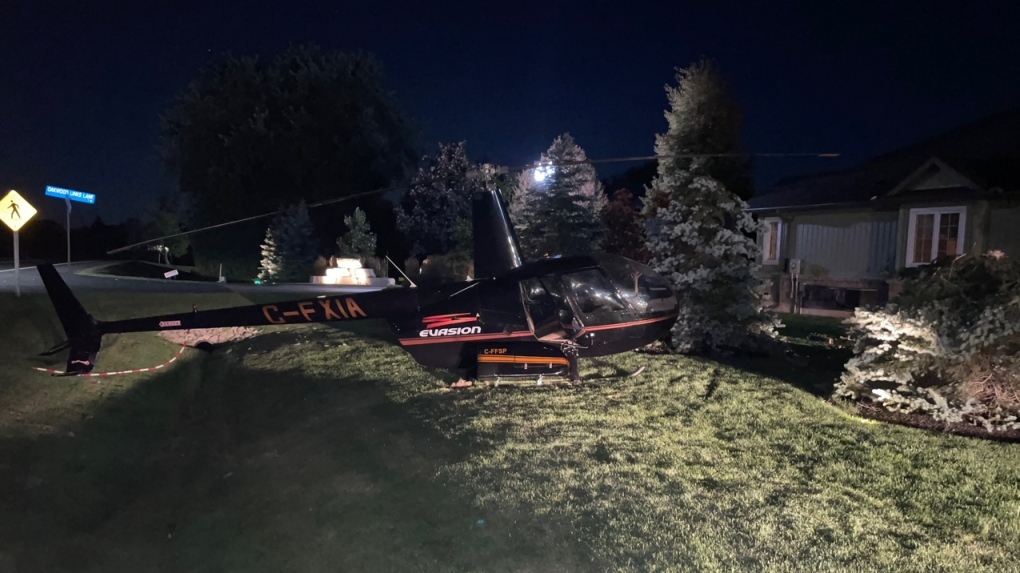 A helicopter made an emergency landing in front of a home on Bluewater Highway, just north of Grand Bend, Ont., on Thursday, Aug. 12, 2022. (Marek Sutherland/CTV News London)

A helicopter made an emergency landing in front of a home on Bluewater Highway, just north of Grand Bend, Ont., around 9:30 p.m. Thursday.

Lambton Shores Fire Chief Lawrence Swift says the helicopter had four members of a family on board and no one was injured as the aircraft managed to stay upright.

Swift says the family is from the Ilderton area and was just leaving Grand Bend after dinner at a restaurant.

Swift says the pilot told emergency responders the helicopter lost power shortly after takeoff so he quickly had to put it down.

Some trees on the property and rotors on the aircraft were damaged but the pilot managed to avoid power lines and nearby homes.

Swift says the Transportation Safety Board is now investigating.