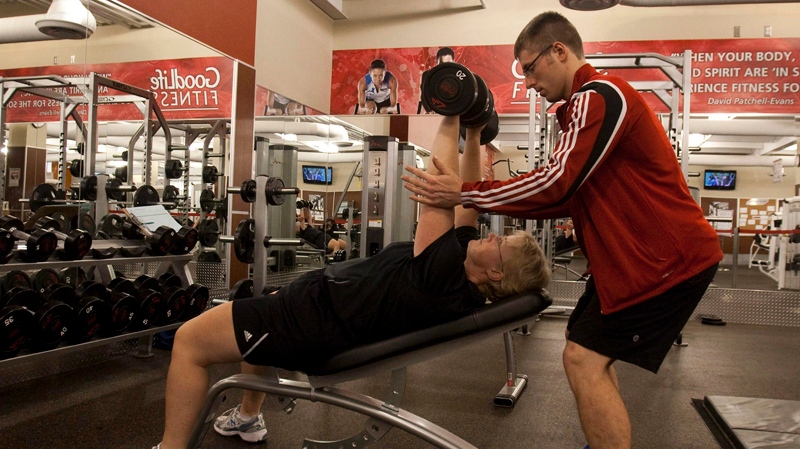 Trainer Tim Martin spots Paula Moors as she works on her incline dumbbell press, part of her personalized training plan at the GoodLife Fitness club in Dartmouth, N.S. on Friday, Dec. 30, 2011. (THE CANADIAN PRESS / Andrew Vaughan)

Among the positions being cut are 60 jobs at its head office in London and 225 jobs at clubs across the country.

The news comes less than a month after the London-based fitness chain announced its plans for 15 new Goodlife clubs, about half of them in Ontario.

It also comes about a month after the company moved into its new headquarters on Proudfoot Lane.