A rash of recent break-ins at the northwest corner of Oxford Street and Wharncliffe Road in London has business owners pleading for action.

She says her property was broken into twice in just over a week. At least one of the incidents is being investigated by London police.

“The acts are increasing in violence. Some of them are monetary related, and others are not. It brings us concern, and we want to do something about it,” said Hou.

She shared a security video of the most recent incident from July 4 with CTV News London.

The video shows a person using an object to smash the glass front door. The suspect then enters, takes a cash drawer and flees.

Hou said the incident is not unique and added other restaurants in the same plaza have also been broken into recently.

“It’s out of control,” said the owner of an auto repair shop next to the restaurants who did not want to be identified. 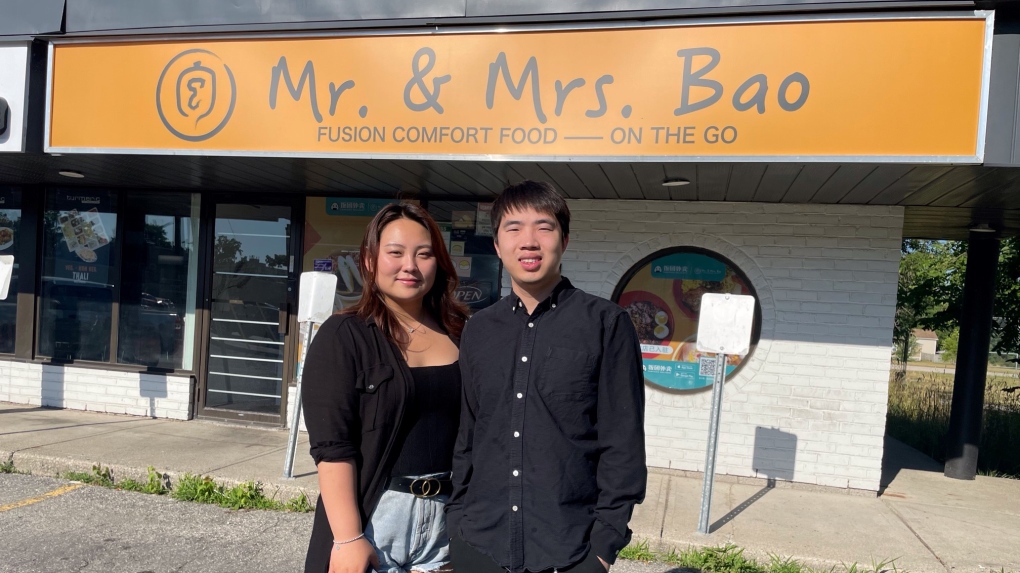 Julia Hou and Steven Mao are seen in front of their restaurant near the corner of Oxford Street and Wharncliffe Road in London, Ont. on July 7, 2022. (Sean Irvine/CTV News London)He said his business has been hit twice in the last week. Further, he says two cars and multiple catalytic converters have gone missing over the past month. He says security equipment does little to deter the thefts.

While London Police Service offer tips for business owners to protect their properties on its website, Hou agreed with the auto shop owner that the added measures have not helped.

“Each time it seems the burglars are able to get in,” she sighed.

Hou admits a new downtown location for her business, yet to open on Richmond Street, has also been a victim of a break-in.

In one case, she claims the perpetrator flooded the basement and defecated.

Business owners CTV News spoke to say they have noticed an increase in those experiencing homelessness in the area recently, including a collection of tents nearby and people sleeping near their restaurants.

London City Coun. Miriam Hamou, who represents the area, has forwarded the break in concerns to police.