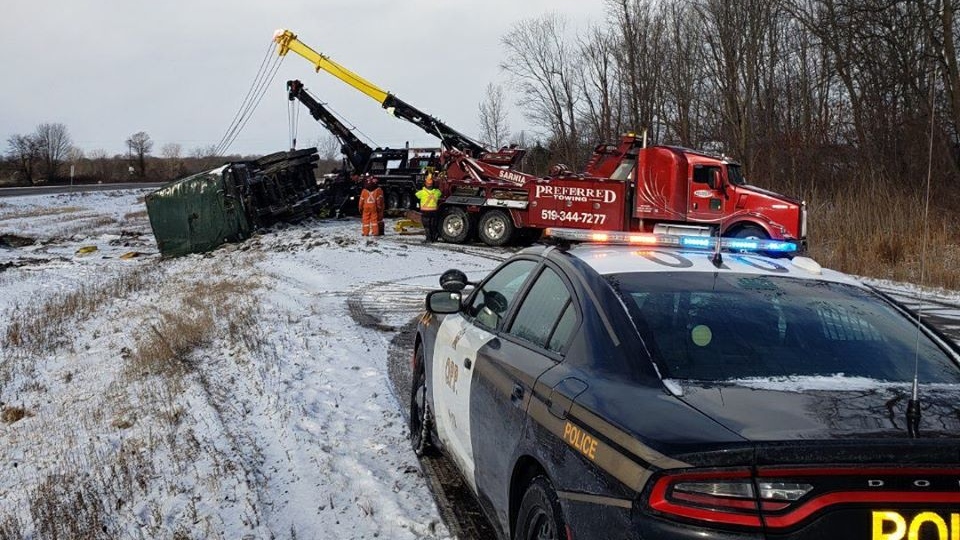 Police closed the westbound lanes at Glendon Drive for clean up and for the safety of first responders.

All lanes remained closed for much of the day, and while some were reopened by late afternoon, poor driving conditions prompted additional partial closures into the evening.

There were reportedly four separate collisions involving commerical vehicles along the 402 on Wednesday morning, but fortunately no one was injured.

A snow squall moved through the area earlier Wednesday morning.

Police are also noting that there have been several minor collisions along Highway 401 as well but that the highway remains open in both directions.