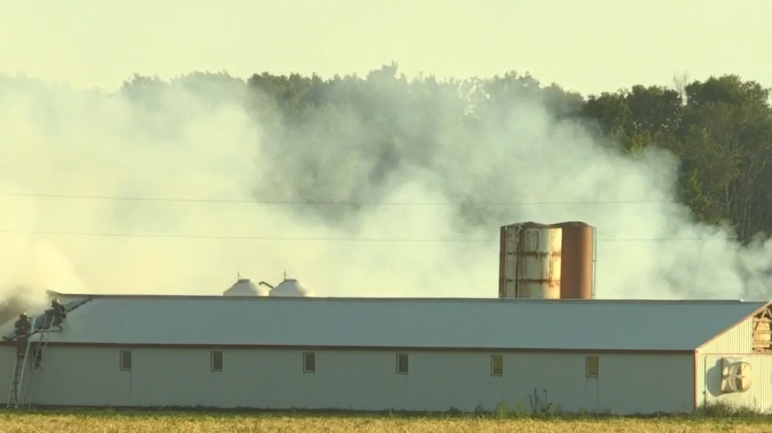 Firefighters battle a fire at a barn near Tavistock that houses pigs. (CTV Kitchener)

Hundreds of pigs were saved from a fire that broke out at a barn near Tavistock, Ont. early Wednesday morning.

Police and fire crews were called to an address on Maplewood Sideroad in Oxford County just south of Tavistock around 5 a.m. for a working barn fire.

Approximately 300 animals were saved, despite the fact one barn was engulfed in flames when firefighters arrived.

East Zorra Tavistock Fire Chief Scott Alexander says crews were able to save one barn with 300 sows in it, but there were some casualties.

The Ontario Fire Marshal has been called in to investigate, in hopes of finding ways to help prevent future barn fires.

While part of a barn is still standing, OPP Const. Ed Sanchuk says the damage is estimated at $2 million.

Maplewood is closed from Highway 59 to 13th Line as crews remain on seen.

So far, the fire is not being considered suspicious.