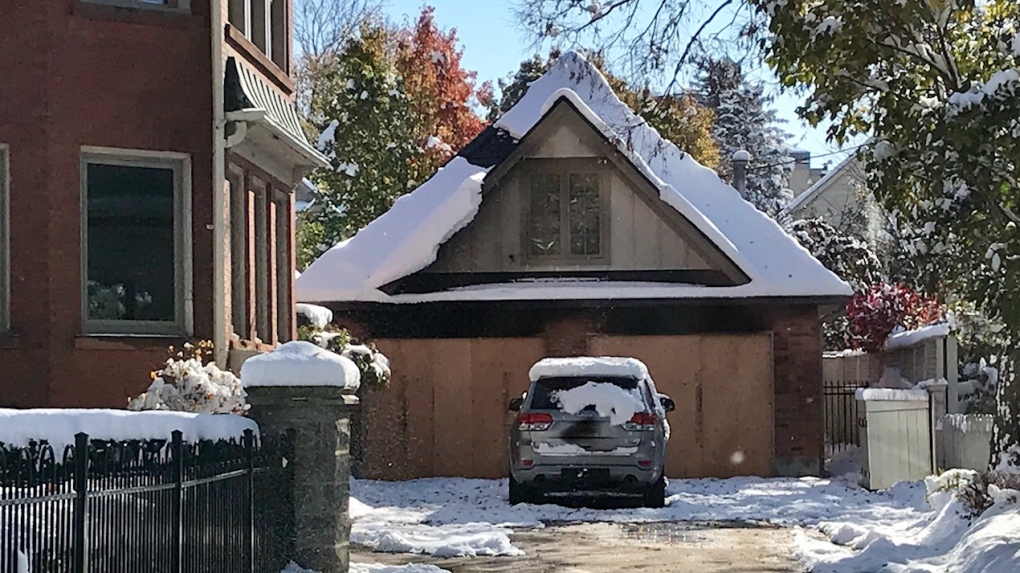 A fire-damaged garage is seen in the area of Cheapside and St. George streets in London, Ont. on Friday, Nov. 8, 2019. (Sean Irvine / CTV London)

The fire happened the evening of Oct. 25 in a detached garage on Cheapside Street near St. George Street.

Smoke was seen coming from the structure, but firefighters quickly put out the fire.

Following an investigation by London police, the 20-year-old man was charged with break enter and commit arson and arson with disregard for human life.

The accused was already in custody on unrelated issues and was charged by way of warrant.

He is scheduled to appear in court on Nov. 14.