A house has been destroyed by fire, in the hamlet of Clandeboye, north of Lucan, Ont.

The blaze broke out at 10 a.m.Tuesday.

He quickly dispatched his own crews, before calling in members of the Granton and Ailsa Craig Fire Departments.

As they approached the scene, DeBrouwer says the smoke and flame intensified. “Upon arrival, we had flames coming out a window. The house was probably half involved and getting worse with heavy black smoke.” 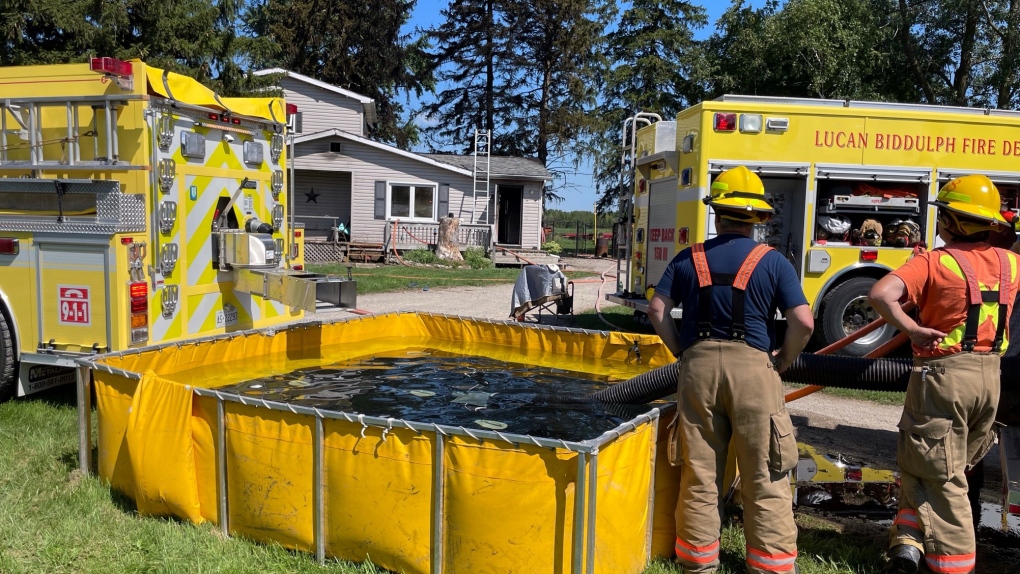 Firefighters at the scene of a house fire in Clanderboye, Ont. on Aug. 16, 2022. The structure is a “total loss” according to the local fire chief. (Sean Irvine/CTV London)

Crews began an interior attack to confirm no one was inside the home.

There were no injuries, but a pet cat is missing.

DeBrouwer says the home is a total loss.

An investigation into the cause is underway.