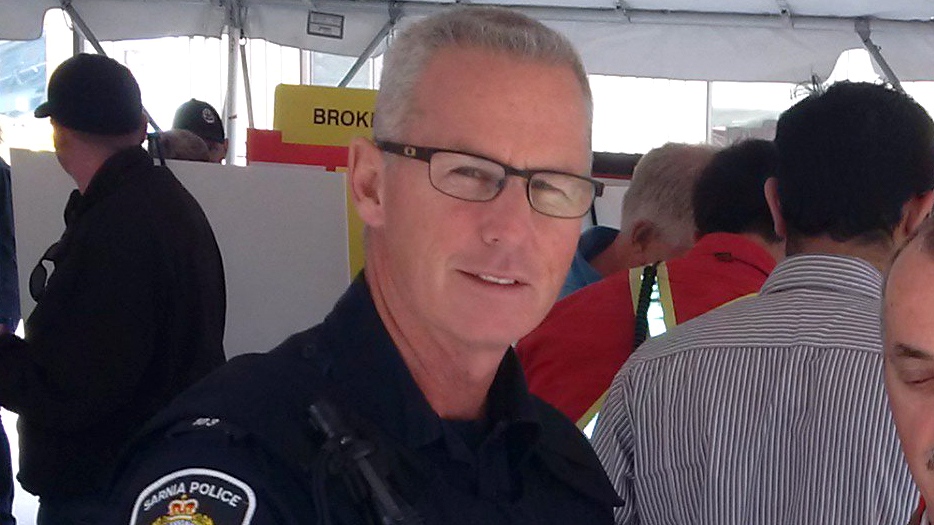 A former Sarnia police officer has been charged with assault and impersonating a peace officer following an alleged road rage incident.

Sarnia police were called to Brights Grove, Ont. about 11:30 p.m. last Friday after a man told them he had been assaulted.

Kirel Racovitis says he was driving home when he passed a vehicle travelling slowly. He says the car followed him home, and after a verbal confrontation on his front lawn, the suspect started to get physical.

Racovitis says the man put him in a choke hold and kicked him. He claims the man also told him he was an off-duty police officer.

Police say Christopher Moxley, 57, turned himself in Friday morning and was charged.

Moxley is scheduled to appear in court on Oct. 15.