"When I was eight years old I was taken from my mother and put in a residential school," says Henshaw. "I wasn't allowed to see her, and then after that I went into a foster home."

In the late 1960s Henshaw attended the Kamloops Residential School in Kamloops, BC.

That is the same school where the remains of 215 children were recently found.

"It's very true and I'm glad it's out now," says Henshaw, who now lives in St. Thomas. "It gives everybody peace and understanding."

This year marks the 25th anniversary of NIPD. This time the date is recognized with a heavy heart, as tributes pour in for the childen lost in residential schools, as well as murdered and missing Indigenous women. 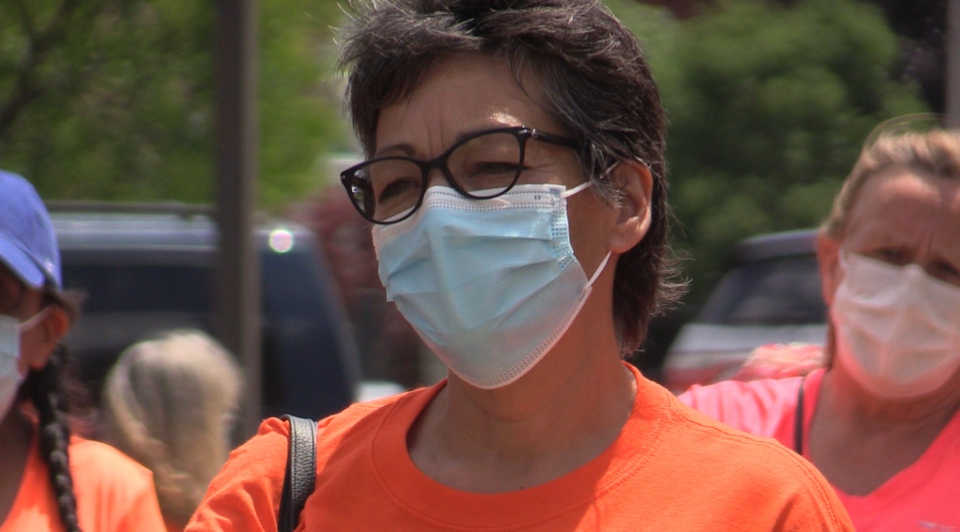 "I cried for days after those children were found, and I just said, 'Tears aren't enough.' This isn't enough either but I just wanted to show care and compassion for the families of the residential school survivors and just remember them."

After a sea of people in orange shirts took over the downtown. The group marched a few hundred metres to the St. Thomas Anglican Church. There people laid 'tokens of rembrance' for the lost children.

"It's a stark reminder of what has happened and historically, it's unfortunate and sad. It's embarrassing," says Adrian ChrisJohn, chief of Oneida First Nation of the Thames. 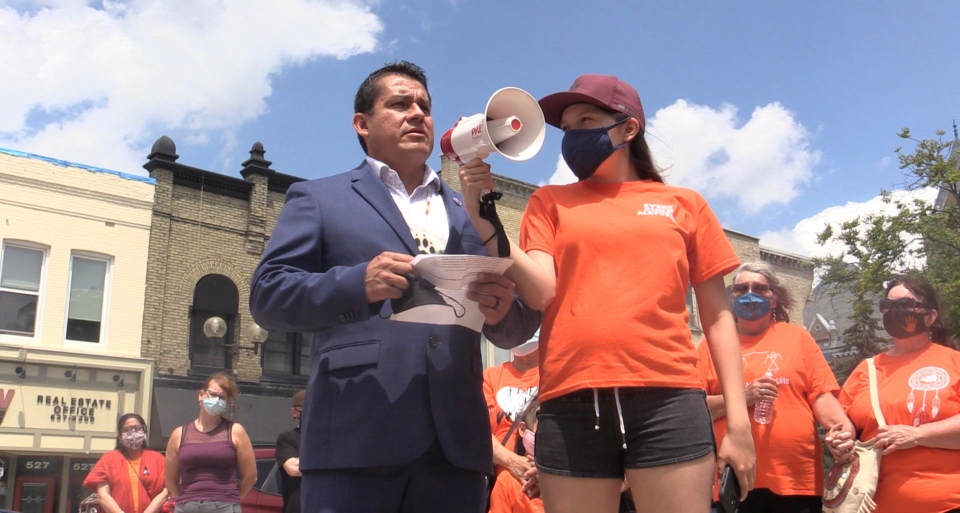 "That's sometimes what people don't like to hear but it's the truth. We have to acknowledge that fact and work towards the real truth and reconciliation when it comes to First Nations and Indigenous people in Canada."

During the hour-long ceremony there were speeches, prayer, song and a 215 second moment of silence in memory of the 215 children from the Kamloops school.

"It's been swept under the rug for too long," says Budden.

"Every once in a while it'll come out, and then we get swept back under. But I don't believe that this time, we as a nation and our peoples, are going to let it to be swept under the rug again."