Driver facing charges in crash that killed one, injured three others

Driver facing charges in crash that killed one, injured three others 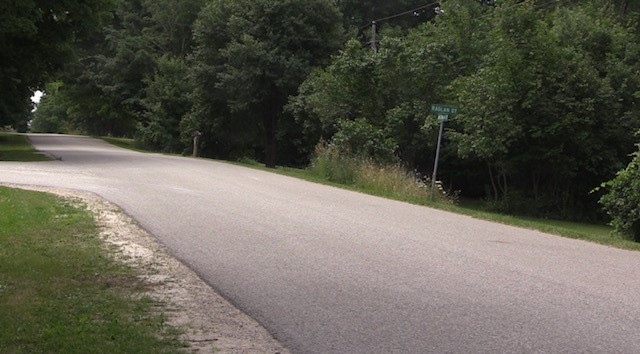 The intersection of Inkerman Street and Raglan Street in Eugenia, Ont., where one person was killed and three were injured after a hit and run crash on July 19, 2022. (Scott Miller/CTV News London)

A driver is facing multiple charges Saturday for their alleged role in a vehicle collision that claimed the life of one pedestrian and injured three others in Grey Highlands last month.

According to a press release from Grey Bruce OPP, just after 10 p.m. on July 19, 2022, police, EMS and fire crews responded to a report of a crash involving a car and four pedestrians on Inkerman Street in Eugenia, Ont.

Police say that despite lifesaving efforts, one of the pedestrians was pronounced deceased. He has since been identified as 44-year-old Kevin Walsh of Blue Mountains, Ont.

The three other pedestrians suffered injuries which ranged from serious, life-threatening, to non-life threatening.

Speaking to CTV News London last month, Sharon O’ Sullivan witnessed the aftermath of the crash, which happened on her front lawn.

“Three of them were thrown into the ditch, which is our front lawn. They all looked to be in mostly serious condition. Unfortunately, one man passed. They worked very, very hard to try and save him,” O’Sullivan said in July.

Meanwhile, OPP have arrested and charged a 27-year-old man from the Township of Southgate with the following offences in relation to the crash:

O’ Sullivan says she’s been expecting a tragedy such as this to occur for years now, as drivers tend to speed excessively on that stretch of road.

“I’ve been expecting this to happen for a number of years. I expected a daytime accident, not a nighttime one, though,” she said.

Following the crash, O’ Sullivan sent a letter to Grey Highlands Council, asking for any kind of safety measure, such as stop signs or flashing lights, to be implemented on the street to prevent a similar tragedy from happening again.

“It’s very nasty seeing in on your front lawn, that’s for sure,” Sullivan said.

The accused has since been released from police custody with a scheduled court date at the Ontario Court of Justice in Owen Sound.

Rescuers searched for survivors among the ruins of Florida's flooded homes from Hurricane Ian while authorities in South Carolina waited for daylight to assess damage from its strike there as the remnants of one of the strongest and costliest hurricanes to ever hit the U.S. continued to push north.