Neighbours beg for safety improvements after hit and run fatality

Neighbours beg for safety improvements after hit and run fatality

Sharon O’Sullivan’s front yard was filled with emergency responders Tuesday night, after a vehicle struck four pedestrians walking in front of her home in the Grey County village of Eugenia, Ont.

“Four adults from what we can gather were involved. Three of them were thrown into the ditch, which is our front lawn. They all looked to be in mostly serious condition. Unfortunately, one man, passed. They worked very, very hard to try and save him,” O’Sullivan said.

There is still blood on Inkerman Street in Eugenia, where the crash happened around 10 p.m., Tuesday night. Police say four pedestrians were hit by a vehicle. One of the pedestrians died on scene, with the other three suffering injuries that  range from serious, life-threatening, to non-life threatening.

The driver fled, but police said they know who the driver is.

The O’Sullivan’s, who’ve lived in Eugenia for 14 years, said they’ve been waiting for something like this to happen on their narrow road as drivers speed excessively on that stretch. 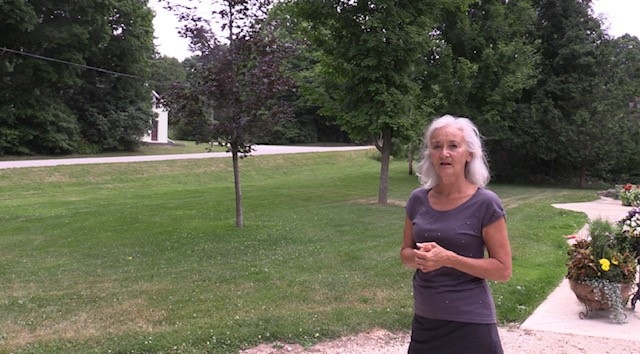 “I’ve been expecting this to happen for a number of years. I expected a daytime accident, not a nighttime one, though,” she said.

O’Sullivan wasted little time sending a letter to Grey Highlands Council, asking for any kind of safety measure, such as stop signs or flashing lights to try and prevent this from happening again. She said her and some neighbours requested safety measures a few years ago, but were denied.

“We need safety controls. There have been many near misses at the corner. One of the neighbours got t-boned at Conrobert Street a few years ago,” she said.

The names of the pedestrians involved in Tuesday night’s crash are being withheld by police, as they work to notify next of kin. O’Sullivan said she feels for those involved, but hopes that what happened to them will finally prompt safety measures in their small town.

“It’s very nasty seeing in on your front lawn, that’s for sure,” she said.

Intergovernmental Affairs Minister Dominic LeBlanc says the federal government can't say whether or at what point it may intervene to quash Alberta Premier Danielle Smith's sovereignty act, but that it's not the focus at the moment.