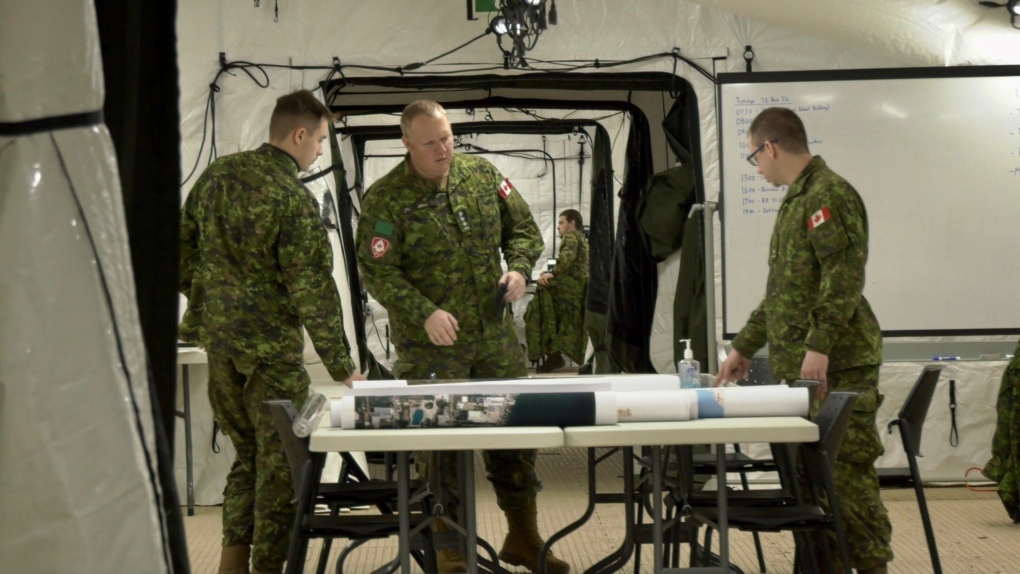 This weekend local army reservists are taking part in training exercises across the province as the Canadian Armed Forces (CAF) have had to respond to more natural disasters in recent years.

The exercise, called TRILLUM DRAGON allowed for about 100 soldiers from 31 Canadian Brigade Group (CBG) to work in a domestic emergency scenario and planned out how to respond to it.

“Today’s scenario that we are working through today is an ice storm,” said Lt.-Col. Shawn Dumbreck.

“If you look back in history we do have those examples so we are preparing, should those scenarios happen again.”

Dumbreck said this training event is taking place across Ontario under the command of the Joint Task Force Central in Toronto.

Training is meant to provide practice in the event of natural disasters including severe flooding, storms, forest fires, and more.

Within the headquarters shelter system (HQSS) at the barracks, soldiers practice communication with army personnel to prepare for real circumstances where they are needed. 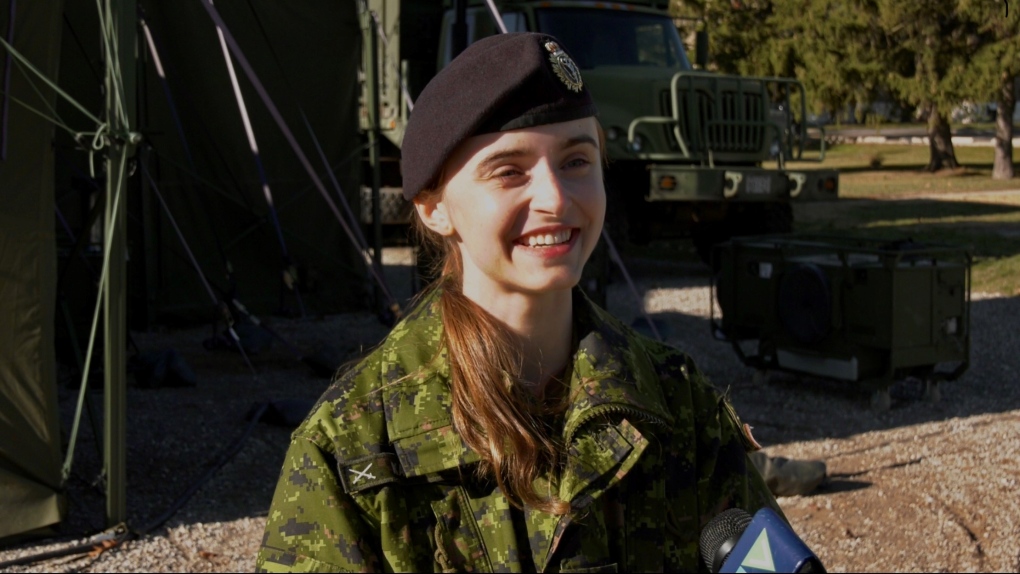 Lieut. Kristina Kacmarova, signal troop commander is one of 100 soldiers from 31 Canadian Brigade Group (CBG) who participated in the training in London, Ont. on Saturday, Nov. 26, 2022. (Jenn Basa/CTV News London)

“Examples would be the 2021 flooding that happened in British Columbia and the COVID-19 pandemic that occurred,” said Lieut. Kristina Kacmarova, signal troop commander.

The HQSS took up to two weeks to set up, said Kacmarova. The semi-permanent structure can also be dismantled and shipped to other areas if needed.

“It’s a reassuring thing for different levels of government and Canadian citizens to understand that the armed forces are preparing to support them the best they can,” said Dumbreck.

Other troops from the CBG took part in a bridge-building exercise this weekend in Shedden.

On Saturday members of the public were invited to see combat engineers construct and dismantled a temporary bridge across Talbot creek.

Reservists arrived on Friday evening from parts of Southwestern Ontario to conduct the exercise and are expected to complete their training by the end of Sunday.

A Vancouver Island man is awaiting possible extradition to the United States on charges of sexual assault against his 13-year-old stepdaughter.

A new artificial intelligence algorithm created by a Toronto student is helping researchers search the stars for signs of life.