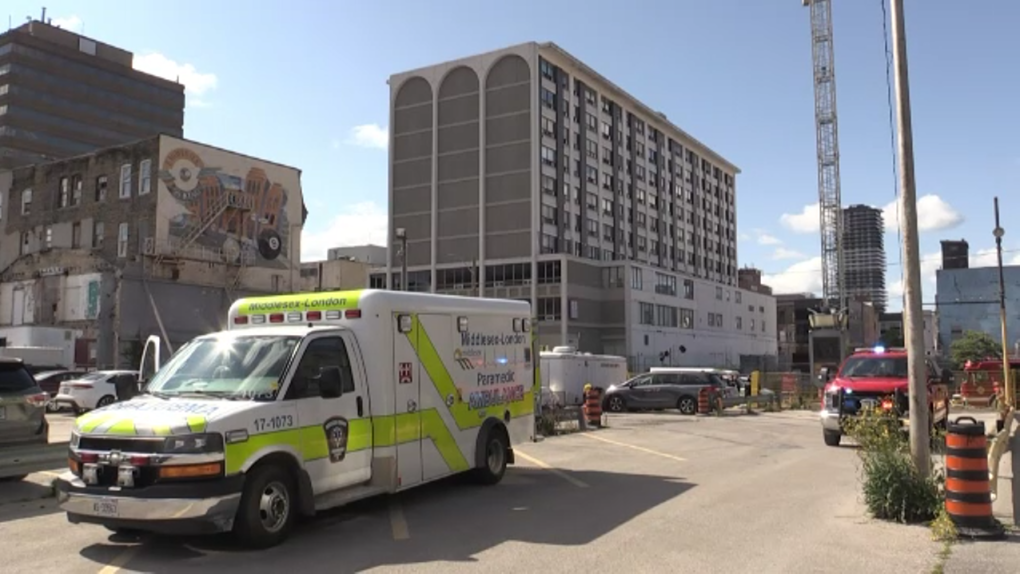 Emergency responders were called to 186 King St. Friday afternoon after reports that that a noxious substance, possibly pepper spray, was released in a unit on the seventh floor.

Several people were seen exiting the highrise building under the care of paramedics and firefighters.

Initial reports came in around 4 p.m. indicating three people needed medical treatment after being hit with the spray.

Other units had to be evacuated on the floor with the spray reportedly filling the hallway.

The London Fire Department's Hazardous Materials Unit was dispatched and well as a decontamination team.

The building is a mixed-use location, with commercial tenants on the lower floors and residential in the upper units.

It’s home to the Regional HIV/AIDS Connection and the Carepoint overdose prevention facility on the lower units.

There’s no word on the extent of the injuries.