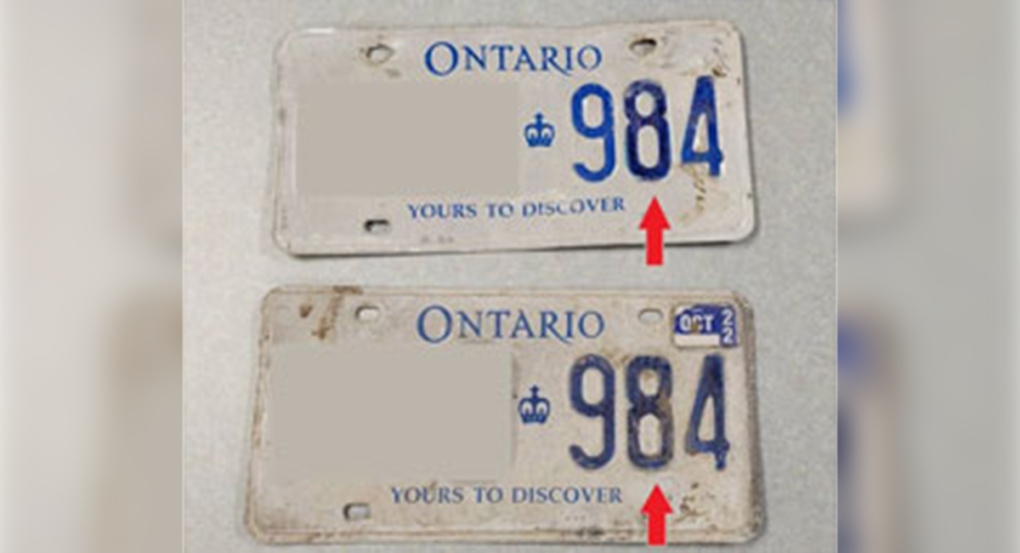 Licence plates that have allegedly been altered are seen in this image released by the London Police Service.

Multiple charges have been laid after an eagle-eyed officer spotted what appeared to be altered licence plates on Wednesday evening.

According to London police, the vehicle was spotted in the area of Hamilton Road and Adelaide Street.

When officers tried to stop the vehicle it fled, and police deployed a tire deflation device a short distance away. The vehicle stopped shortly afterward and police say the male suspect fled on foot but was eventually arrested.

An investigation found the vehicle had been reported stolen on Dec. 27, 2021, and that the man was prohibited from driving.

The 43-year-old London man has been charged with:

He is expected to appear in a London court in April in relation to the charges.