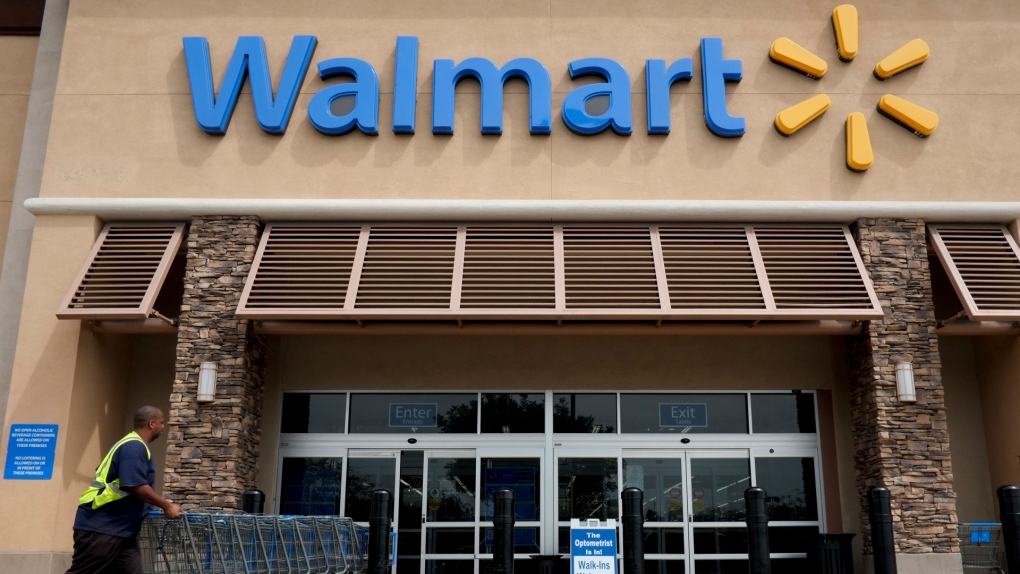 BENTONVILLE, Ark. -- Wal-Mart delivered first-quarter results that show it's winning over shoppers at stores and online, even as the competition intensifies.

The world's largest retailer said that sales at established stores rose for the eleventh straight quarter, and customer traffic rose for the tenth quarter in a row. That's a rare bright spot in a largely gloomy retail environment in which retailers like Macy's and Target saw declines in comparable sales.

Online sales at Walmart.com surged 63 per cent, a dramatic increase from the 29 per cent growth in the previous quarter. Though the company has been buying up smaller internet retailers, Wal-Mart said a majority of the digital sales growth was through Walmart.com and was fueled by changes in its shipping strategy and a discount for shoppers who pick up their online orders.

Wal-Mart, like other traditional retailers, has played catch-up to Amazon and other internet companies. It has retooled how it operates online and accelerated that shift with its acquisitions.

The company spent more than $3 billion for Jet.com last year in its bid to lure younger and more affluent customers. With Jet.com founder Marc Lore installed as head of Walmart.com, it bought ShoeBuy.com, outdoor gear seller Moosejaw and trendy clothing seller ModCloth. The clothing sites are operating as stand-alone operators and appeal to younger shoppers.

Under Lore, the company is still looking for startups to buy. Since he joined the company, the number of items available, including on its third-party online marketplace, has risen to more than 50 million. That's up 10 million from a year ago. Wal-Mart is working to accelerate the integration between Wal-Mart.com and Jet.com, and trying to take advantage of its scale in areas like shipping.

McMillon said that while the acquisitions have garnered lots of attention, "the plan in e-commerce is not to buy our way to success."

"The majority of our growth is and will be organic," said McMillon. "The acquisitions are helping us speed some things up."

Wal-Mart is aggressively trying to compete with Amazon's juggernaut Prime membership, scrapping a fee-based shipping program test earlier this year in favour of free, two-day shipping for online orders of its most popular items with a minimum purchase order of $35. Lore told reporters Thursday that Wal-Mart customers are placing more orders and spending more than before.

The Amazon Prime program costs $99 a year, but comes with services like streaming music and video. Amazon has countered, lowering the free-shipping minimum purchase price for non-members.

In April, Wal-Mart also began offering discounts on thousands of online-only items when customers elect to have them shipped to a store for pickup -- cheaper for the company than delivering to people's homes. Wal-Mart plans to expand the price cuts to more than a million items by the end of June.

Wal-Mart is also launching an incubator lab focused on projects in robotics, virtual and augmented reality, and artificial intelligence. The so-called Store No. 8 will be located in Silicon Valley.

Even as it goes after Amazon online, Wal-Mart is shoring up its stores, working to make customer service friendlier and faster. The company has invested $2.7 billion in higher wages and training for workers to decrease turnover and make the shopping experience more appealing.

For the first quarter, sales at stores open at least a year rose 1.5 per cent, at the top end of the company's estimated range of 1 per cent to 1.5 per cent. That was fueled by a customer traffic increase of 1.5 per cent.

The company reported fiscal first-quarter earnings of $3.04 billion. On a per-share basis, the Bentonville, Arkansas, company had a profit of $1. The results surpassed Wall Street expectations of 96 cents per share, according to a poll by Zacks Investment Research.

Wal-Mart expects its per-share earnings to range from $1 to $1.08 for the current quarter. Analysts forecast adjusted earnings per share of $1.07.