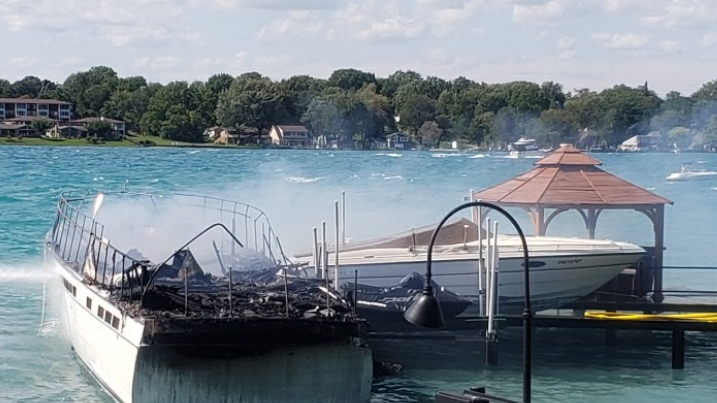 The call came in about 2 p.m. about a vessel ablaze on the St. Clair River in St. Clair Township.

OPP say the initial investigation revealed a United States vessel had caught on fire, drifted into Canadian waters and struck a dock, vessel and Sea-Doo on St. Clair Parkway.

The Coast Guard transported three people on the boat back to the U.S.

Nobody was injured, police say.

The Ministry of Environment was called to the scene to monitor for any fuel spill and the cleanup of the vessel.