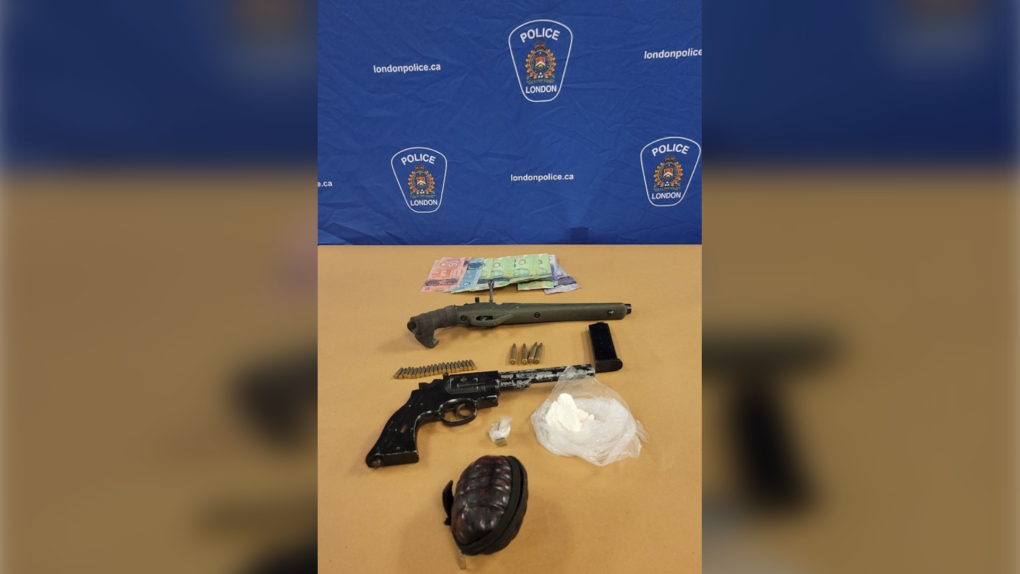 During the execution of a search warrant in London, Ont. on Sept. 29, 2022, London police seized a sawed off shotgun, cocaine, heroin, cash and ammo. (Source: London Police Service)

A man and woman from London are facing a slew of criminal charges following the execution of a search warrant in southeast London.

According to a press release from the London Police Service (LPS), the Guns and Gangs Section, with assistance from the Emergency Response and Canine Units executed a search warrant at an address on Vermont Avenue on Thursday morning.

Police say the following items were seized during the search:

As a result of the investigation, two individuals from London, a 62-year-old man and a 31-year-old woman have been jointly charged with the following offences:

The male suspect is also charged with three counts of possession of firearm or ammunition contrary to prohibition order.

The female suspect is also charged with breach of probation.

Both of the accused are expected to appear in London court on Thursday in relation to the charges.