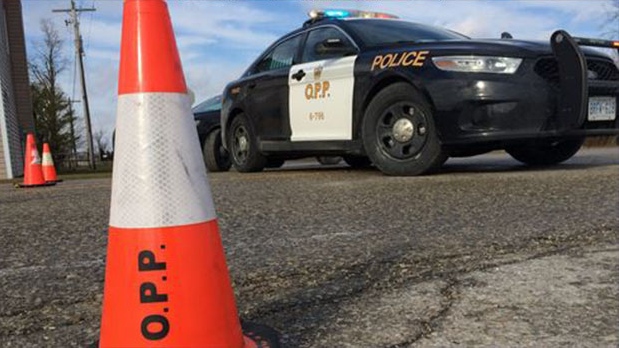 OPP have released the names of two people killed in a two-vehicle crash that sent another four people to hospital on Saturday.

A man and women in the same vehicle, 48-year-old Khaldoun El-Rifai and 26-year-old Rabiaa Sayour, were killed in the collision.

Police say the vehicle driven by El-Rifai crossed the centre line for unknown reasons and collided with an oncoming vehicle.

The crash happened around 6:15 p.m. on Longwoods Road between Hagerty and Dogwood roads.

Four other people were taken to hospital with injuries ranging from serious to minor, but one has since been released and the other injuries have been downgraded to minor.

Police say no further details regarding those involved will be released.

Meanwhile a GoFundMe campaign has been set up to help with funeral costs.

It says the pair leave behind three young children, all under the age of five.