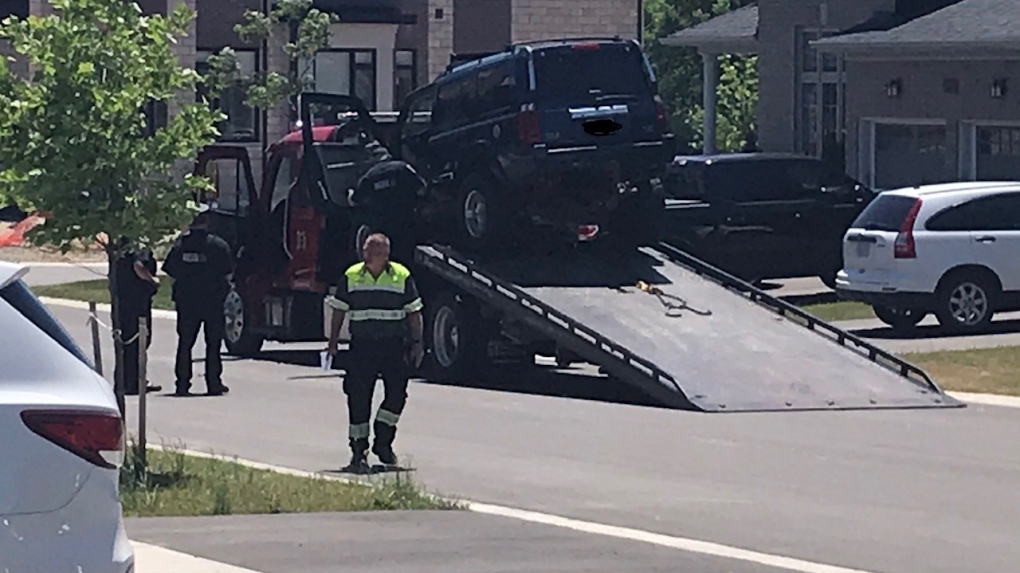 A flatbed tow truck is seen on Harcourt Crescent in Woodstock, Ont. on June 16, 2021. Witnesses report a tow-truck driver has been injured while an SUV was being loaded. (Sean Irvine/CTV News)

WOODSTOCK, ONT. -- Witnesses say a flatbed tow truck driver has been injured in an incident in Woodstock, Ont. Wednesday afternoon.

Around 12:30 p.m., a resident says a tow truck arrived on Harcourt Crescent to load a Jeep onto a flatbed.

The resident, who declined to be identified, says one person was driving the Jeep up the flatbed, while another person, he identifies as the operator was near the top end.

Somehow the driver was struck by the Jeep as it was loading, according to the witness.

Initially, he says the operator appeared caught as he and another man attended and told him to stay still.

The witness says the driver was bleeding from the head but alert and opted to walk to the curb to wait for emergency responders.

Woodstock police had blocked off the area but it has since reopened.