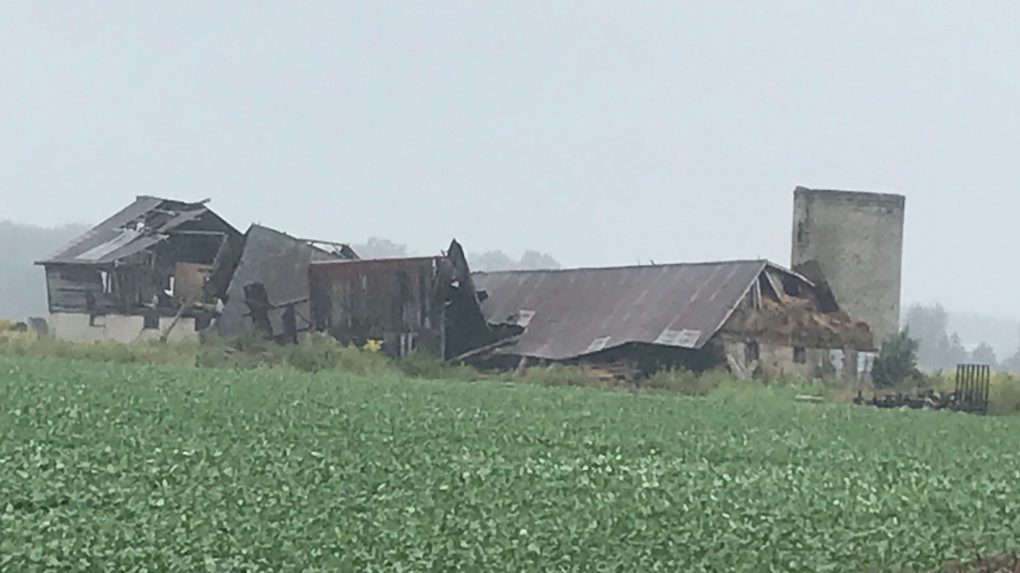 An older barn on Rokeby Line lies collapsed in the area of Petrolia, Ont. on Thursday, Sept. 12, 2019, a day after a storm tore through the area. (Sean Irvine / CTV London)

Officials from Environment Canada have confirmed an EF-1 tornado touched down in a rural area south of Petrolia, Ont. on Wednesday.

The tornado reportedly followed a five kilometre path that was 200 metres wide, and brought with it 130 km/h winds.

A number of residents in the area, especially those along Rokeby Line, spent much of Thursday cleaning up after homes, barns and other outbuildings were damaged.

The brunt of the storm reportedly hit shortly before 5 p.m. Wednesday, and sent residents running to their basements.

They described seeing the turning clouds, loud noises and a black sky.

David Sills, executive director of the Northern Tornadoes Project at Western University, said in an email that the damage was caused by both downburst and tornado action.

He added that the combined damage covered an area of of 100 square kilometres, from northwest of Petrolia, moving to the southeast of the town.

No injuries were reported as a result of the storm. 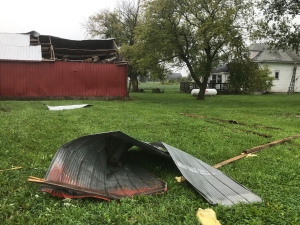 Storm damage in and around Petrolia, Ont.