Suspect at large after alleged assault in Zurich, Ont. 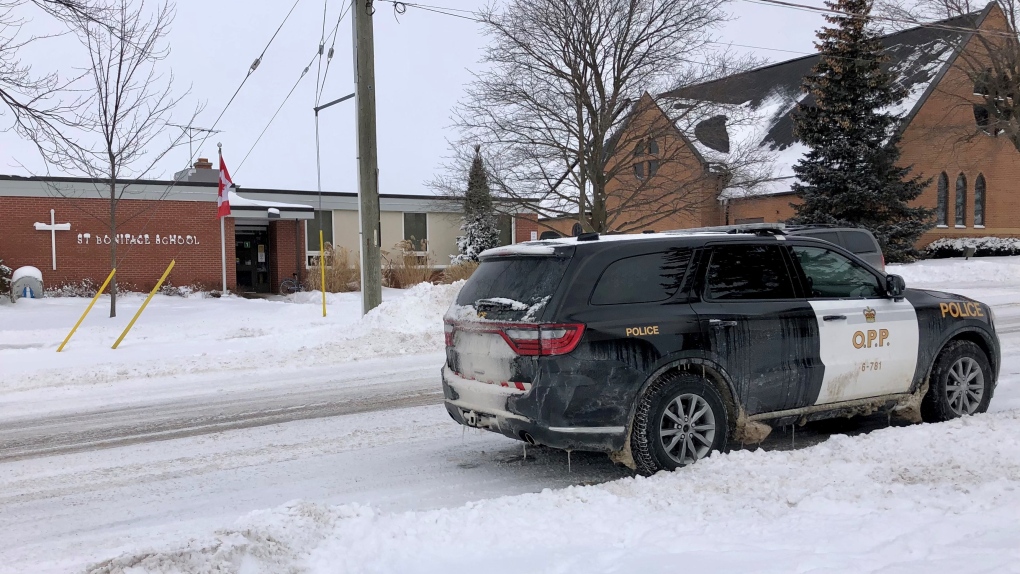 St. Boniface School was locked down after an alleged assault in Zurich, Ont. on Tuesday, Jan. 25, 2022. (Jim Knight / CTV News)

An alleged assault with a weapon in Zurich, Ont. put one area school into a hold and secure on Tuesday morning.

Huron County OPP say they responded to a reported assault at a home on Main Street around 8 a.m. but the suspect fled the scene on foot before police arrived.

A victim suffered non-life-threatening injuries and was transported to hospital.

OPP officers, including the Canine Unit and Emergency Response Team, are continuing with the investigation.

However police are calling it an isolated incident.

OPP Const. Jamie Stanley confirms St. Boniface School in Zurich was put in a hold and secure after an assault outside of the school, "out of an abundance of caution."

Officials warned residents to expect an increased police presence in the area for much of the day.