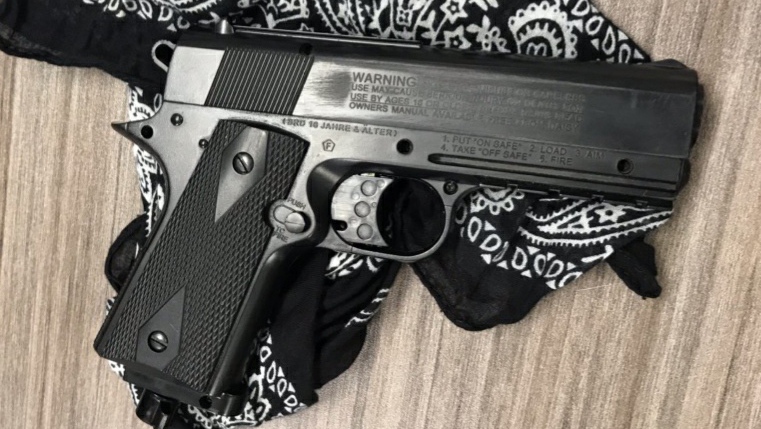 A replica handgun seized during a school lockdown in Stratford, Ont. on Thursday, Oct. 17, 2019 is seen in this image released by Stratford police.

LONDON, Ont. - A lockdown put in place at Stratford Central and Stratford Northwestern Secondary Schools as police responded to a gun call has been lifted.

Stratford police say a 17-year-old student was arrested inside the school and a replica hangun seized.

A 14-year-old student was also arrested for obstructing police. He was later released without charges.

Investigators say, "no specific threats were made to anyone at the school, or to the school itself."

The lockdown was put in place around 12:30 p.m. on Thursday after reports of a gun being seen in the vicinity. It was lifted around 1:15 p.m.

Police say everyone is safe and they are thanking staff and students for their cooperation.

Counselling is being made available to all staff and students who were affected by the incident.

The 17-year-old is facing one charge of possession of a weapon for a dangerous purpose.