LONDON, ONT. -- A recent tragedy is shining a spotlight on safety concerns inside a troubled public housing high rise in London.

“I’m terrified to bring my family over,” says Chris, who asked that his last name be concealed. He’s lived inside 580 Dundas St. for four years. He says it’s too easy for trespassers to get inside.

“There’s people coming in here all day all night. They live on the floor and in the stairwells and do some awful things in there.”

“I’ll no longer be able to talk to him anymore,” says Diana through tears. She remembers Serieska as a friendly young man. “I’m very very hurt, and I don’t feel safe here at 580 (Dundas), I don’t.” 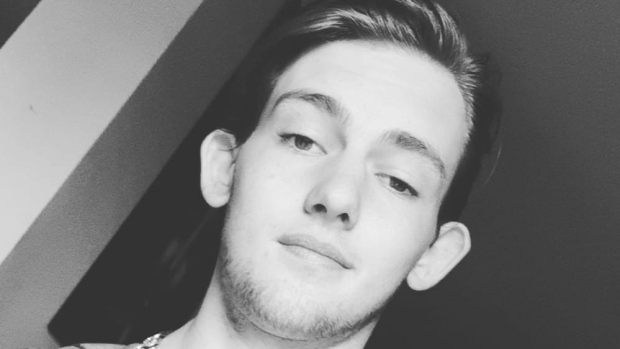 Owen Serieska is seen in this photo from his Facebook page back in May 2019.

“It’s fair that tenants would have concerns, especially when something like that happens,” says Sandra Datars-Bere.

She is City Hall’s managing director of Social Services, who also serves as the LMCH’s one-member board of directors.

Datars-Bere says temporary measures are in place, “I can tell you we will continue to have security guards at that building specifically, over the next couple of days.”

But the annual security budget for the public housing provider was only $60,000.

So in February, council approved an additional $5.7 million in the city’s multi-year budget to increase staffing and improve security at LMCH.

“Theres an opportunity for things to be better,” explains Datars-Bere. “It’s going to take some time, and the housing corporation, with the funding they received, is well positioned to move that forward.”

Wiring is already being installed at 580 Dundas for an electronic security system that would only permit tenants to access their own floors.

LMCH also intends to provide education to tenants about not letting unauthorized people into their building.

“Over the next few months they will see changes to improve security there and also I think there will be more discussions.” assures Datars-Bere.

But Chris doubts municipal leaders understand the severity of the problem at 580 Dundas.

“Come on down and have a look. See how it actually is in here.”