But not long ago, they were found covered in raw sewage. 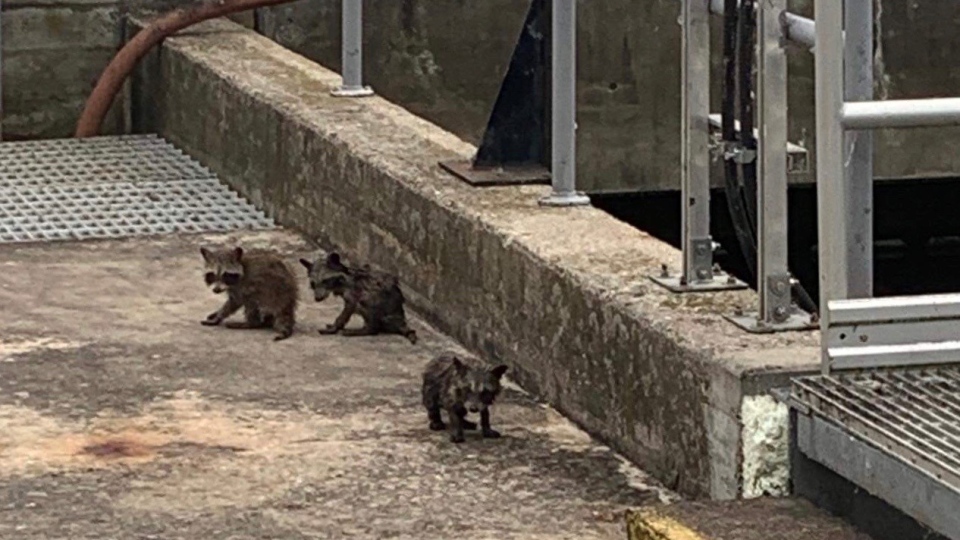 The scene, London’s sewage treatment plant, where the orphaned raccoons tried to take shelter, but got into trouble.

Enter some caring London city workers who rescued two of the three raccoons, and then looked for a place for them to be sheltered.

In the midst of the COVID-19 outbreak, many wildlife animal centres are stretched for volunteers and space, so the only place the workers found could help was Heaven’s Wildlife.

Volunteer Coordinator Tracey Kaplin says, her animal agency decided, given the realities of the pandemic, to accept the London raccoons.

"The employees were really kind and reached out to us. They rescued these babies and brought them to us."

The only problem is that they are two of 29 raccoons from London currently housed at the shelter.

Normally, the shelter accommodates only wild animals (including raccoons, opossums, and skunks) from Sarnia Lambton, Chatham-Kent, and areas of western Middlesex County.

The addition of London’s orphaned critters has added strain.

"We’ve admitted close to 400 animals this season and we’re not even in July yet. Last season, the entire season, we admitted 350."

The wild animal shelter recently merged two locations into one at the new site, with a modern veterinary exam room. Yet, despite having the capacity to cope with what they have now, it’s not ideal.

Kaplan says they are currently fundraising to build a new juvenile enclosure.

"Once you get like 29 large raccoons you need more space for them than a small enclosure."

Public relations volunteer Jacqueline Smith admits it’s hard to ask for help during COVID-19, but they appreciate what people can give.

Thankfully, some local businesses have stepped up even further, including Sarnia concrete, who has already laid a cement pad for the new structure.

In the meantime, volunteers and students in veterinary, wildlife and environmental studies continue to care for the animals until they reach adulthood, while ensuring their wild nature remains.

They are then returned within 15 kilometres of where they were rescued.

That will include the London raccoons, some of whom have been named, including a feisty climber dubbed 'Rocky'.

The shelter is not funded by any level of government but is certified by the Ministry of Natural Resources.

If you wish to learn more or assist Heaven’s Wildlife Rescue visit their website.