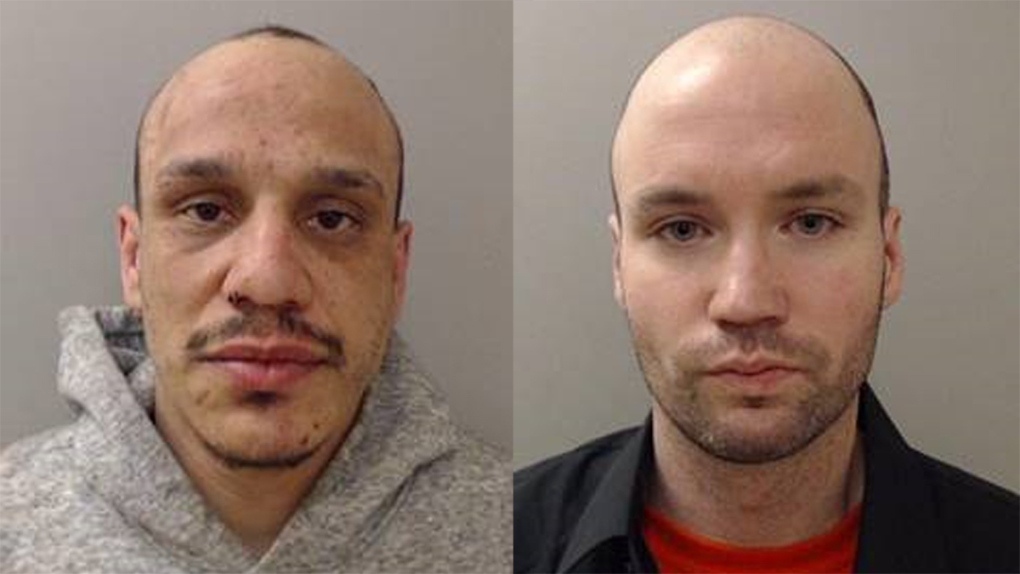 LONDON, ONT. -- Sarnia police are looking for the public's help to locate two men allegedly involved in a stabbing.

Sunday afternoon, a 34-year-old male and a 31-year-old female were in their home, located in the 100 block of Essex Street.

Police say the male allowed the two alleged suspects, who were known to male victim, inside the home.

Once inside, the two suspects assaulted the male victim. As the female came downstairs, one of the suspects threatened her with a large knife telling her to stay away.

The male victim, who was stabbed several times, was taken to hospital and was listed in serious, but stable condition.

Before leaving the residence, the two suspects took property from the victims' home.

A warrant has been issued for the following two suspects:

Jousha Allen Spero (aka Chase Venema), 34, from Sarnia is wanted for:

Todd Wayne Campbell, 34, from Sarina is wanted for:

All parties involved knew one another and therefore is not a random incident.