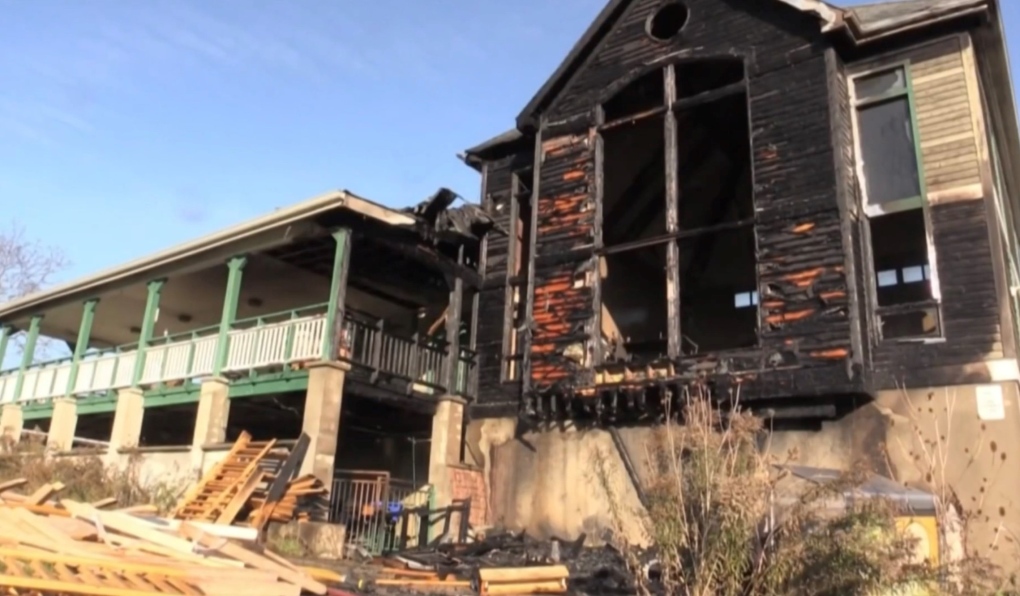 A man who had been charged in connection with a fire that destroyed the clubhouse of the former River Road Golf Course in London, Ont., has had the charge withdrawn.

At the time of fire in November of 2021, the clubhouse was being converted into a hub for a temporary homeless shelter geared to the region’s Indigenous population.

The city-run golf course had already been decommissioned.

Michael Peter Belanger, of London, was subsequently charged with one count of arson causing damage to property.

Belanger lived near the golf course property and lost his job with the city shortly after the charge was laid.

CTV News has learned the charge was withdrawn on Jul. 18.

Sources close to Belanger say he and his wife have since moved from London.

The homeless settlement was relocated and the clubhouse torn down.