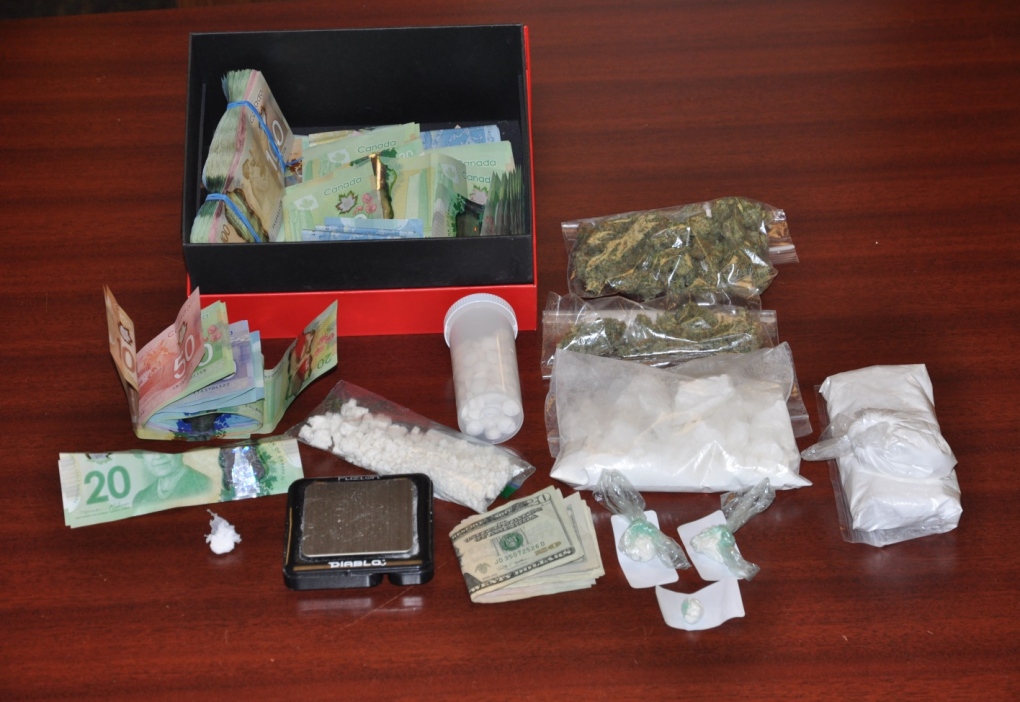 Police seized a quantity of drugs on Ridout Street in London, Ont., on Friday, May 6, 2016. (Courtesy London police)

Police arrested two men and seized a quantity of cocaine and other drugs after two separate busts in London on Friday.

Members of the Guns and Drugs Section conducted a traffic stop and subsequently executed a search warrant on Ridout Street on Friday.

As a result of this investigation, a 34-year-old London man was charged with two counts of possession for the purpose of trafficking in schedule I and possession of a schedule II substance.

Also on Friday, members of the Guns and Drugs Section conducted a traffic stop in the area of Exeter Road and Bessemer Road.