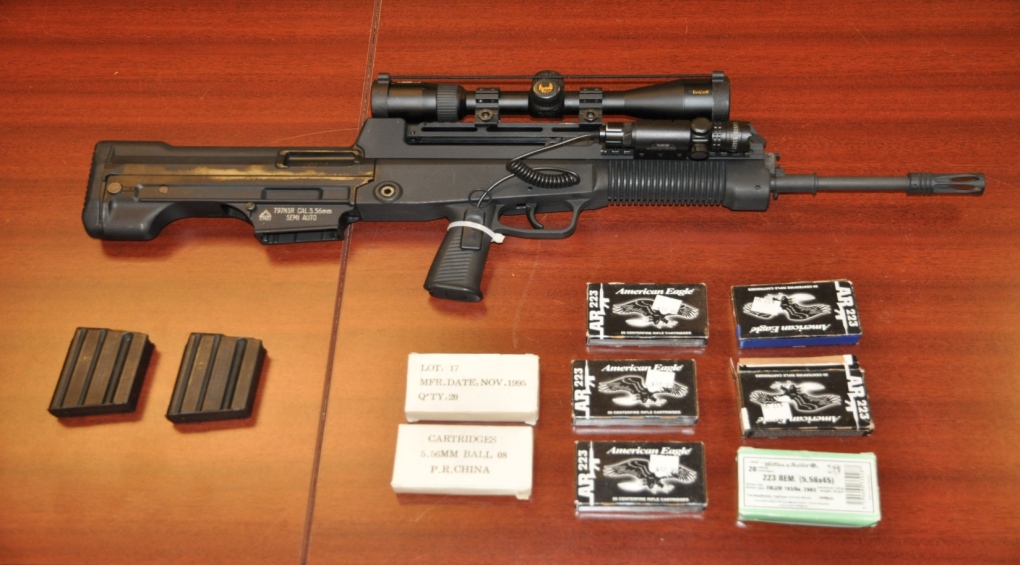 London police seized a semi-automatic rifle, along with ammunition at an Elias Street residence.

Officers executed a warrant on Friday and found the rifle, which had been reported stolen in a break-in last November.

They also found two loaded magazines with 10 rounds each and 180 rounds of ammunition.

The 30-year-old male is also charged with possession of a firearm while prohibited.