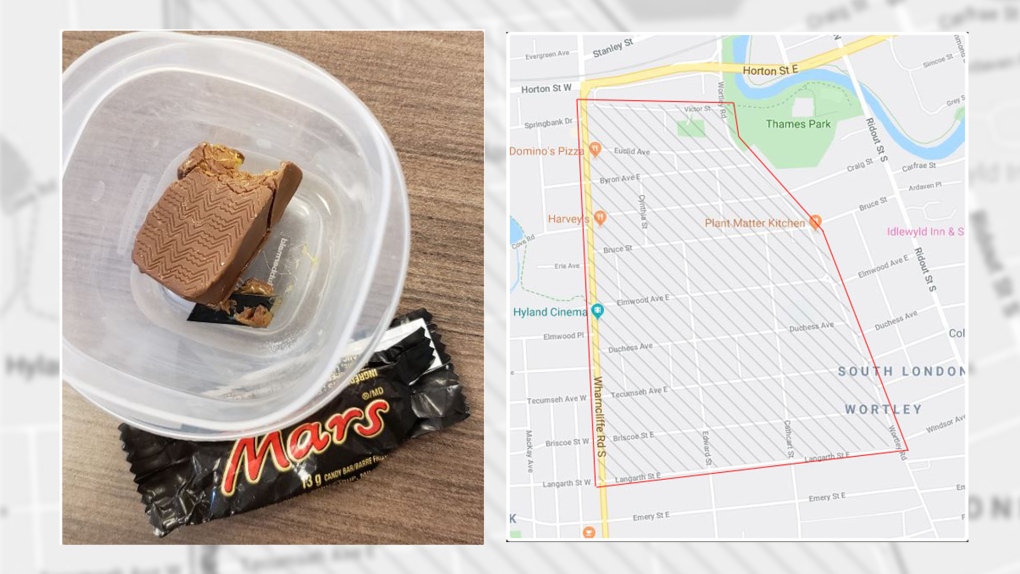 London police have provided a photo of a candy bar in which a teenager says a razor was found. They have also included a map of the streets where the boy was on Halloween.

LONDON, Ont. - London police say they received a report of a razor found in a small chocolate bar that a teenager received on Halloween.

The youth told police he was trick-or-treating in the Wortley Village area. He was not injured by the razor.

Police say the streets the boy was on include Worley Road, Langarth Street East, Wharncliffe Road South and Victor Street.

Police continue to ask parents to inspect their children’s candy and to immediately report anything suspicious. The investigation is in the early stages, they say.