OSPCA to defy law, will no longer euthanize dogs involved in attacks 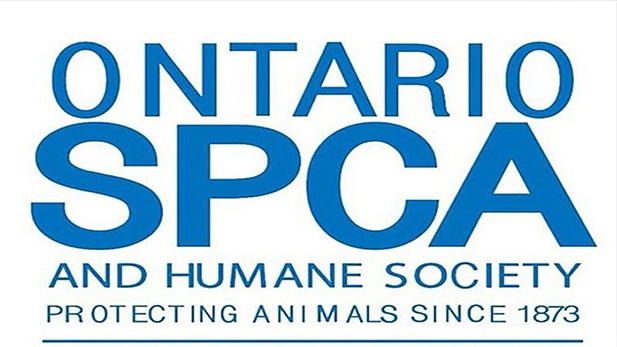 Ontario's animal welfare agency has told its frontline officers it will no longer euthanize dogs involved in attacks as required by law.

In an internal memo obtained by The Canadian Press, the Ontario Society for the Prevention of Cruelty to Animals says inspectors and agents should hand off to police all cases in which courts have ordered the destruction of animals, including pit bulls, which are banned in the province.

The document, dated Oct. 9, 2018, says euthanizing dogs would violate the agency's mission, which is to provide "province-wide leadership on matters relating to the prevention of cruelty to animals and the promotion of animal welfare."

"Where legislation conflicts with the mission of the charity, the Ontario SPCA declines to enforce such legislation," the order reads.

The only exception will be cases when the euthanization is ordered by a veterinarian and is "the most humane course of action for the animal," says the order, which was handed over to enforcement officers at two meetings held in late October at the agency's headquarters in Stouffville, Ont., north of Toronto.

In cases involving pit bulls that do not have behavioural issues, the animals will be moved out of province where it's legal to own them, rather than destroyed.

A spokeswoman for the OSPCA confirmed the policy change, saying the agency's role was to protect animals' well-being.

"If it conflicts with our mission, we'll hand it to another agency to address," Alison Cross said in an interview.

The OSPCA has also ordered its officers to defy a Criminal Code law that states birds found in a cockfighting ring shall be destroyed on order from a judge. That, too, will be passed off to police, the agency said.

Those changes were news to the provincial government, which pays the charity $5.75 million each year for enforcing cruelty laws.

"The laws of Ontario and Canada provide that in certain circumstances a court may order that an animal be euthanized," said Brent Ross, a spokesman for the Ministry of Community Safety and Correctional Services, which is responsible for the OSPCA.

Ross said the ministry expects the OSPCA to comply with a court order that requires an animal be euthanized, adding that the agency had the right to defer to police in potentially criminal matters.

The orders to defy the provincial laws have made some of the OSPCA frontline inspectors uneasy, given that they are peace officers sworn to uphold the law.

"We have to choose between doing our jobs or following management orders," said a frontline officer who attended the October meetings.

The officer, who did not want his name used for fear of retribution, said the agency leaders have also ordered all cases of "blood sports" be handed over to police.

"We are not to deal with it, we would only go in a supporting role. That's what we were told."

The latest changes, including a decision to pull back from investigating cruelty cases involving livestock and horses, are part of what the OSPCA calls a restructuring effort to deal with years-long funding shortage. The policy changes, however, have received rebuke from both the province and animal activists.

Insiders say part of the reason for the latest move is the bad publicity the agency received for its handling of a notorious dogfighting case in southwestern Ontario.

The OSPCA, along with Chatham-Kent police, raided a compound in Tilbury, Ont., in the fall of 2015. During that raid, officials seized 31 pit bulls, dogfighting paraphernalia including "rape stands" that are used in breeding, fighting records, guns, knives, ammunition and about a kilogram of marijuana, according to court documents. Inspectors also found anabolic steroids on site and dogfighting contracts.

The case triggered an international outcry, including harsh words from hockey personality and animal rights activist Don Cherry, after the OSPCA applied to the courts, as is it required by law, to euthanize 21 of the seized pit bulls that were deemed a menace to society and could not be rehabilitated.

The case fell apart because it took too long to get to trial, with the judge staying charges against the accused. After a second behavioural evaluation, 18 of the 21 pit bulls were sent to Florida for rehabilitation.

Insiders said the case hurt donations to the charity.