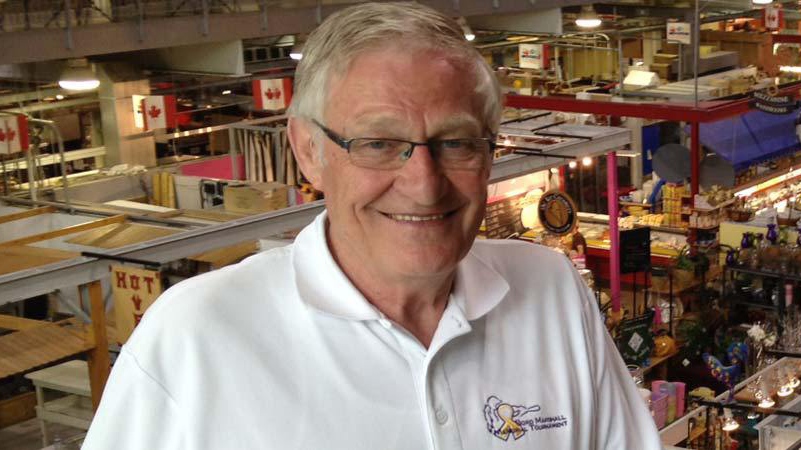 The assurances from Minister Ernie Hardeman's office come as livestock producers press for action to prosecute those who trespass on their properties and aggressively protest at processing plants.

Ministry spokesperson Avi Yufest said the government shares the producers' concerns following a number of high-profile protests in the past year.

The government is meeting with farmers and other stakeholders to come up with a strategy which could include legislation, he added.

"(The Minister) is working hard to protect the safety and security of our farmers, our food processors and the sector as a whole so nothing is off the table at this time," Yufest said in a statement.

The government consultations come after a number of farming groups called on the government to hold animal rights activists who break the law accountable.

In May, the Ontario Federation of Agriculture -- speaking on behalf of eight livestock producer associations -- expressed disappointment when charges were dropped against an animal rights activist who allegedly trespassed on a Lucan, Ont.and took two animals.

"Our system of law and order is based on consequences for breaking the law," Federation spokesman Keith Currie said at the time. "Without meaningful prosecutions that act as a deterrent to future crimes, activists become bolder in their actions."

Yufest could not immediately provide details of the government's plan or say how the current laws are falling short.

"Those are questions we're looking to answer with these consultations," he said.

The executive director of animal protection group Animal Justice said Hardeman's comments are troubling and could result in the government trampling activists' rights.

"What we've seen time and time again is that governments are friendly to farmers and willing to crack down and violate the civil liberties of animal advocates," Camille Labchuk said. "It helps them hide the reality of what they do to animals."

Activists are pushing the boundaries of the law more often because the province's animal protection laws aren't strong enough, she said.

"The reason that we're seeing animal advocates going onto farms is because it's the only way for them to see the conditions animals are kept without any regulations, without any government inspections," she said. "The public has no way of understanding what happens on farms so citizens are taking these matters into their own hands."

Ontario Pork Chairman Eric Schwindt said livestock producers across all sectors are subject to strict rules and inspections in order to ensure animals are treated safely and humanely.

"We have high standards of animal care, food safety, biosecurity and we abide by the Canadian code of practice," he said. "We are overseen by veterinarians. We're in agriculture because we love working with animals so we look after them well."

Schwindt, who operates a pig farm near Aylmer, Ont., said he's glad to hear the government is considering taking action but said a balance needs to be achieved between the needs of farmers and activists' right to free speech.

"We understand the right to protest," Eric Schwindt said. "If you're on public property that's fine. But we firmly believe that people shouldn't be allowed to take our property or harass our families or employees."

This report by The Canadian Press was first published Sept. 20, 2019.