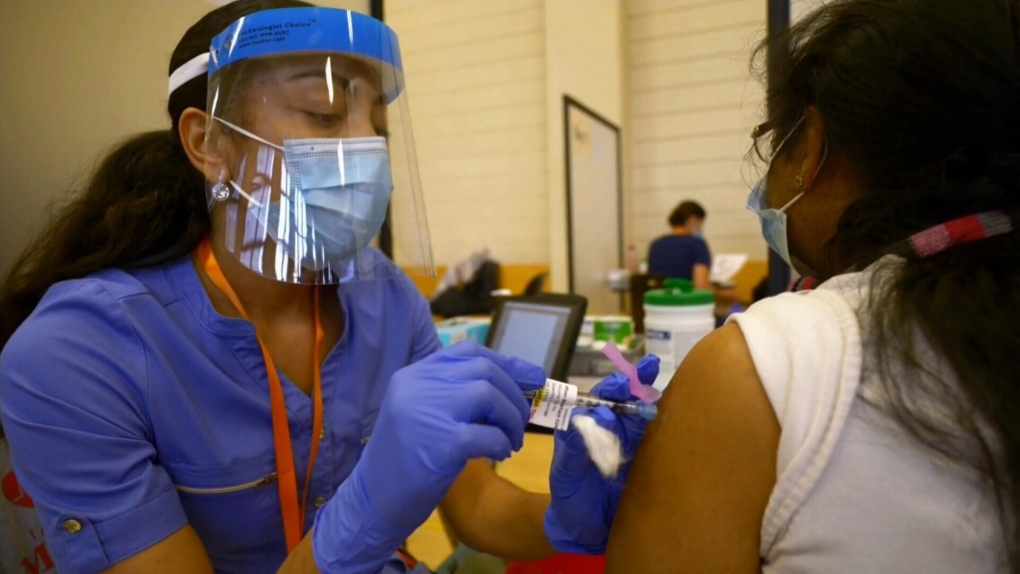 The count marks the sixth day with a single-digit case count this month. Daily counts have now remained below 25 for more than 10 days in a row.

The death was a woman in her 80s associated with a retirement home.

The London Health Sciences Centre (LHSC) is reporting 19 inpatients with COVID-19. Ten of those are in critical care, while out-of-region transfers accounts for fewer than five patients in acute care and critical care. There are no staff members with COVID-19.

The only active outbreak in the region was declared on Sunday at LHSC's University Hospital in the 8TU Transplant Unit. It is the first outbreak there since early February.

The hospital confirms the outbreak involves fewer than five patients and does involve a variant of concern, but says testing has not yet determined which variant.

As of Saturday, the MLHU says 355,268 doses of the COVID-19 vaccine have been administered in the region, bringing vaccine coverage to 69.6 per cent of residents over age 12 with at least one dose.

Second dose vaccinations are set to ramp up in coming weeks as the region sees a boost in vaccine shipments.

It's the 11th time in September alone that a new record high has been set for ICU patient count, which now stands at 265.