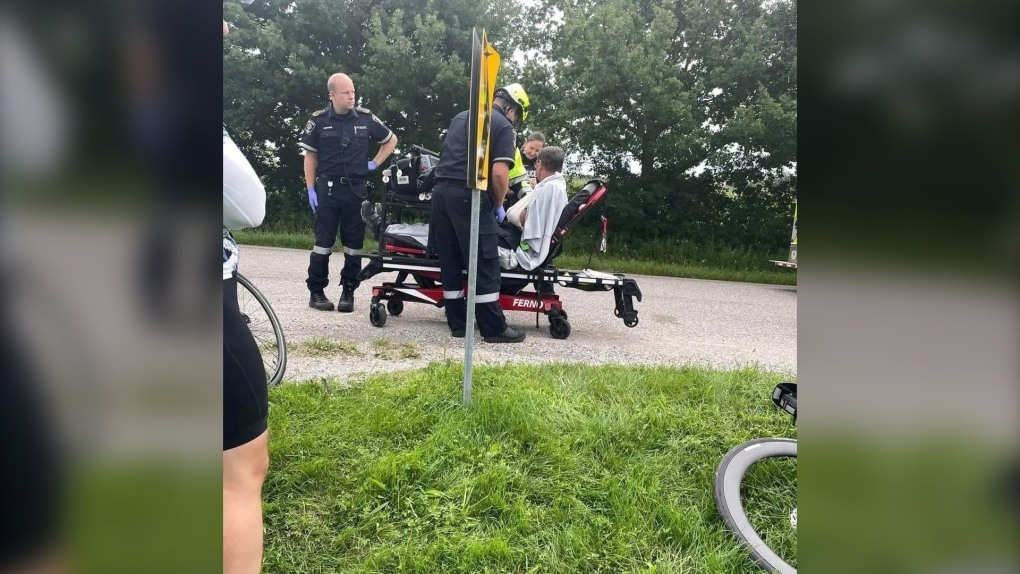 On Aug. 14, emergency crews responded to a collision around 9 a.m. Two cyclists were struck by a vehicle while biking with a group of members from the London Cycling Club in the area of White Oak Road and Harry White Drive.

Police say the cyclists were taken to the hospital with non-life-threatening injuries.

Police sought help from the public in identifying the suspect vehicle and have since made an arrest.

A 67-year-old London resident has been charged with the following:

The accused to set to appear in court in relation to the charges at the end of October.

Drug slows Alzheimer's but can it make a real difference?

An experimental Alzheimer's drug modestly slowed the brain disease's inevitable worsening, researchers reported Tuesday – but it remains unclear how much difference that might make in people's lives.

The RCMP has confirmed it is investigating 'broader foreign actor interference activities' in Canada, but Commissioner Brenda Lucki is declining to provide more details given the investigations are 'ongoing.'

The U.S. Senate passed bipartisan legislation Tuesday to protect same-sex marriages, an extraordinary sign of shifting national politics on the issue and a measure of relief for the hundreds of thousands of same-sex couples who have married since the Supreme Court's 2015 decision that legalized gay marriage countrywide.