One deceased, four taken to hospital following head on collision in Oxford County

One deceased, four taken to hospital following head on collision in Oxford County

One person has died and four others have been taken to hospital following a head on collision in the Township of Blandford-Blenheim, Ont. Monday afternoon.

According to a tweet from OPP West Region, Acting OPP Sgt. Ed Sanchuk said shortly after 1 p.m. on Monday, multiple emergency crews responded to a report of a collision on Hofstetter Road.

The driver of the second vehicle was transported to hospital, where they later succumbed to their injuries. 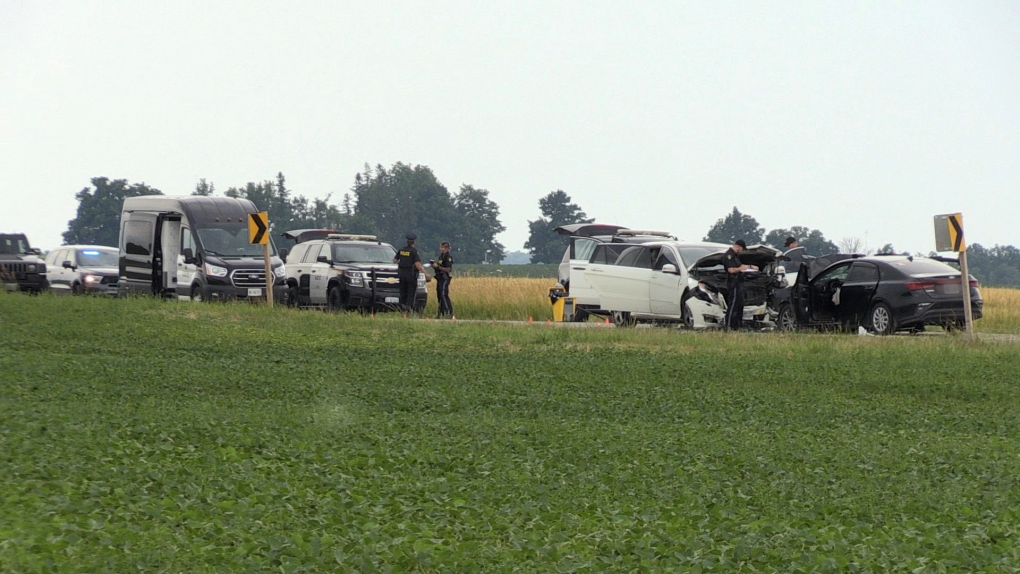 One person has died and four others have been taken to hospital with non-life threatening injuries following a head on collision in the Township of Blandford-Blenheim, Ont. Monday afternoon. (Jim Knight/CTV News London)
Sanchuk said a child was airlifted to hospital via Ornge air ambulance, while two other children and the adult driver of the SUV were transported to local hospital. All three children and the adult driver suffered non-life threatening injuries.

The name of the deceased is being withheld pending next-of-kin notification.

Sanchuk said there was a third vehicle in the vicinity at the time of the crash, and urges the driver to contact police with any information.

The cause of the collision is currently unknown.

“I also want to send my sincere condolences to the family members of the deceased, as their loved one is not coming home today,” Sanchuk said.

A fire ripped through a packed Coptic Orthodox church during morning services in Egypt's capital on Sunday, quickly filling it with thick black smoke and killing 41 worshippers, including at least 10 children. Fourteen people were injured.

The Canada Border Services Agency is temporarily allowing fully vaccinated travellers a one-time exemption to not be penalized if they were unaware of the health documents required through ArriveCAN.