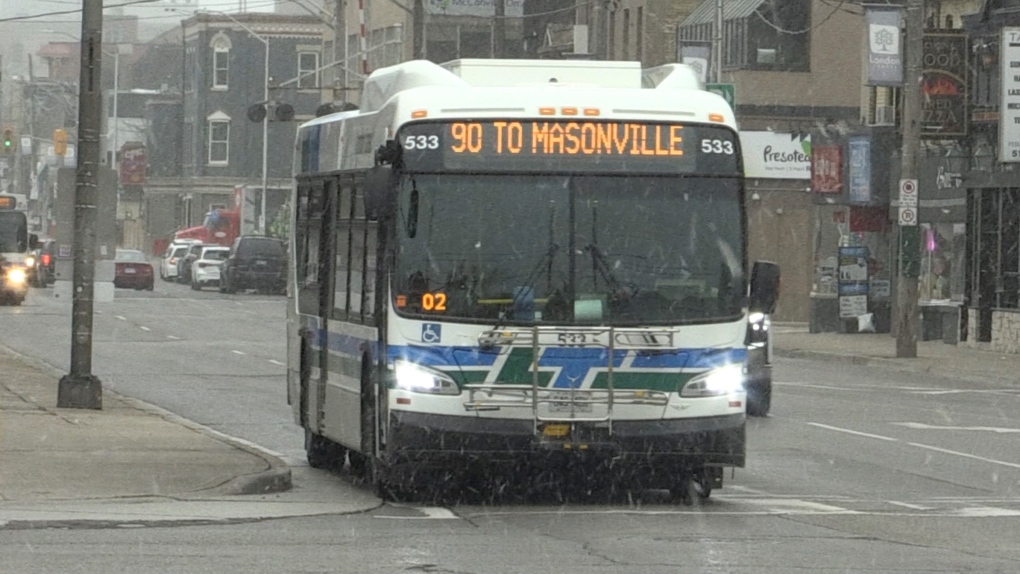 London Transit’s recovery from the COVID-19 pandemic experienced a setback as the Omicron wave swept over the city.

A pair of new reports to the London Transit Commission (LTC) outline the impacts to staffing, ridership and service since Omicron became the dominant strain of the virus.

Thus far in January, ridership is down almost 70 per cent compared to pre-pandemic levels. Last fall, ridership was down about 40 per cent.

The report about ridership states that the decline is, “Most likely related to the beginning of the latest pandemic wave and the transition to exams, and then online learning at the post-secondary institutions (Western University and Fanshawe College), and followed by the return to Stage 2 lockdown measures in early January.”

Suppliers are now estimating that some replacement parts will be shipped 16 weeks after the order date.

The Omicron variant has also taken a toll on the employees of London Transit.

“Over the period of early December to late January, 15 per cent of the workforce has been impacted by COVID,” reads a report about service impacts.

The most common staffing impacts during the Omicron wave have been:

“Fortunately, the lost time was spread over the period and across departments such that significant service disruptions have been avoided,” states the LTC report.

Temporary service reductions starting in December to Routes 102, 104, and 106 on weekdays, and Express Routes 90 and 91 on weekends have frustrated passengers but provided flexibility to address short-term driver absences.

The recent and planned hiring of new bus drivers is offering hope that service levels will rebound this spring.

Recent graduates of the bus operator training program will bring the number to 429 by the end of January.

According to the same report, the shortfall should be alleviated in May.

“Should the plan to host three more classes of six operators each in February, March, and April hold up, coupled with the planned retirements that are currently known, the required compliment (436) will be reached with the graduation of the April class (early May)."

The Buffalo Police Department late Sunday released the names of the 10 victims killed in the shooting. Three people were also wounded.

A major infant formula recall by the U.S. manufacturer of Similac has exacerbated ongoing pandemic-related supply issues for some Canadian retailers, according to the Retail Council of Canada, while other stores have generally been able to keep shelves stocked, with any shortages mostly temporary.

One of Canada's most renowned Second World War flying aces, James "Stocky" Edwards of Comox, B.C., has died at the age of 100.