No injuries after pickup truck rollover in downtown London, Ont. 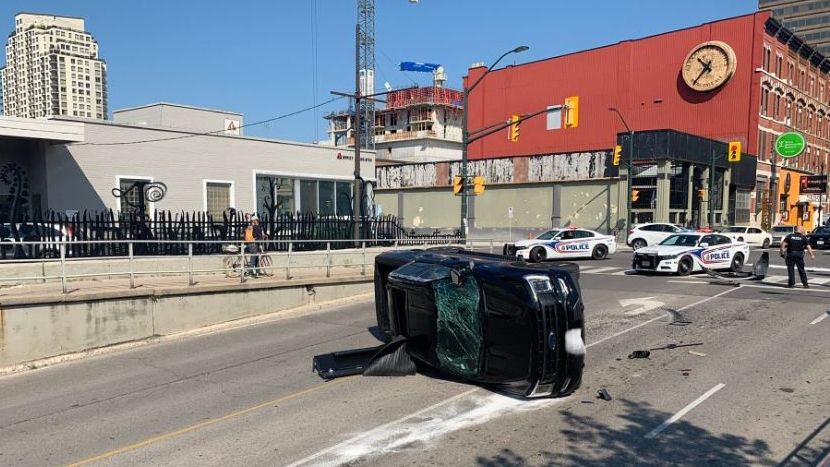 Emergency crews responded to a two-vehicle collision resulting in a pickup truck being rolled on its side.

It happened around 10:45 a.m. Wednesday at the intersection of Richmond and York streets in downtown London.

Richmond was fully blocked off to traffic and motorists were asked to avoid the area from York to Horton Street for the remainder of the morning.

All roadways were reopened by early afternoon.

No one was seriously injured in the collision.