A message soaked in kerosene: Candidates vow they won’t be intimidated after sign tampering

A message soaked in kerosene: Candidates vow they won’t be intimidated after sign tampering

Candidates for council seats in London, Ont. are vowing they won’t be intimidated after another spate of sign-tampering on the campaign trail.

“This isn’t about my campaign,” says mayoral candidate Josh Morgan.

He adds, “Every single candidate in the city has seen sign damage, and the aggressiveness of the sign damage in this campaign though I think is really new.”

His comments come as campaign workers discovered two large four-by-eight foot signs in two separate locations — White Oaks and Pond Mills — had been set on fire. One of the signs was still dripping with an accelerant, believed to be kerosene, Morgan explains.

“And no wonder people don’t want to run for office, and for a new candidate to see this sort of thing, this is the type of thing that pushes people away,” he adds. 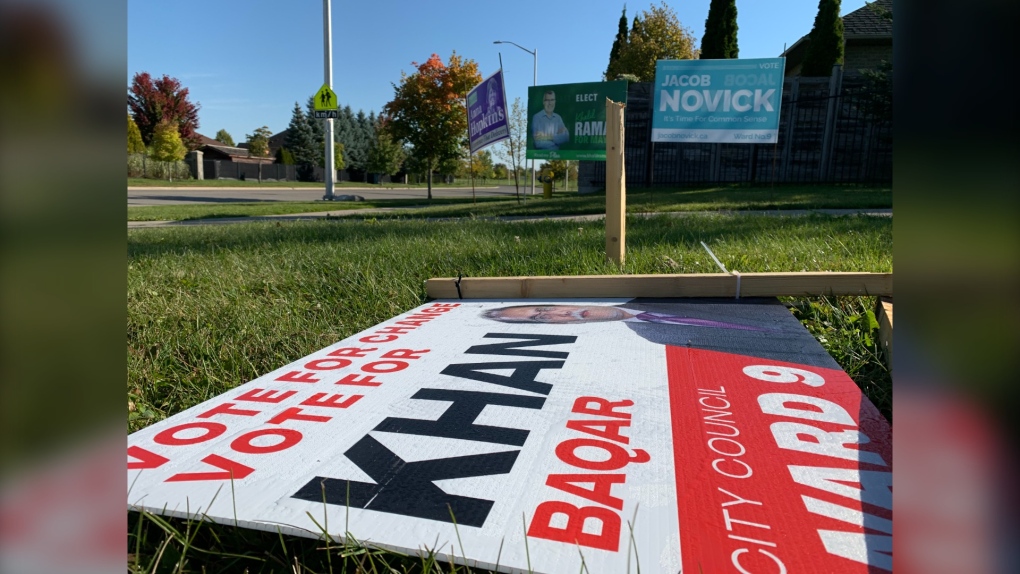 The Ward 9 hopeful didn’t want to believe it, but he had to admit to himself that something was amiss.

“When I came it was completely broken like this,” he says, pointing to a broken sign on the ground at the corner of Westdel Bourne Road and Kains Road. “All of the other signs were intact, I don’t know who’s doing this.”

The first-time candidate says it’s not how he wanted to get his name known.

“Okay, I have lots of other signs, I can place one more over here. But the thing is, these tactics don’t stop me from running. This is my right. I’m a Canadian citizen. I want to run for my ward.” He adds. 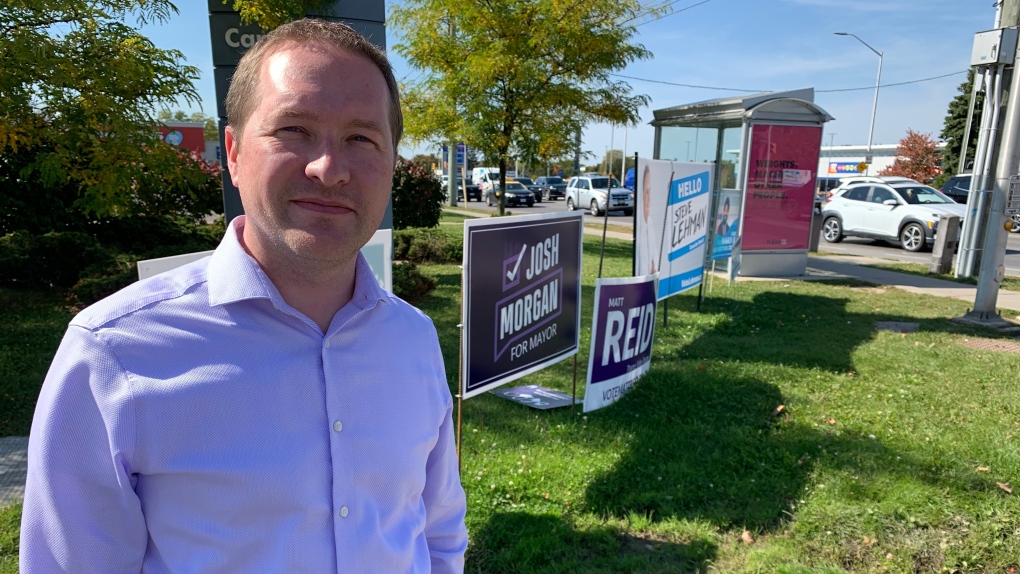 Ward 12 incumbent Elizabeth Peloza also previously said an election sign she had at the corner of Wellington and Southdale roads was set on fire and destroyed beyond use.

Stealing or damaging signs is a criminal offence. The charges include mischief or theft, and depending on the nature of the damage, it could also be considered a hate crime.

“If I actually had a message for other candidates who are experiencing this type of damage, it’s ‘stick with it,’ especially new candidates,” says Morgan, a council veteran. “Don’t let this deter you from engaging with voters and going out there, and making your voice heard.”

Representatives from mayoral candidate Khalil Ramal’s office say his signs have been getting vandalized, broken and painted.

They said in an email to CTV News one large 8’ by 4’ sign was burned at Commissioners with Pond Mills just two days ago.

“Three signs broken and teared off and painted at Fanshaw with Clarke Road last week,” the email said.

Representatives say signs have been vandalized and stolen from over 50 locations in the city.

Hundreds of people gathered on Sunday night to honour four Indigenous women believed to have been murdered by an alleged serial killer.

Better protections and options for consumers are just some of the ways Ottawa can help address food unaffordability in Canada, the lead author behind a new price report says, as average grocery bills are expected to rise in the new year.

Ontario education support workers have voted to accept a new deal with the provincial government, putting an end to a long and contentious negotiation process.

The Canadian government appears on the verge of bringing home some 40 Canadian women and children held under terrible conditions in a Syrian detention camp.

Tens of thousands without electricity in N. Carolina after shooting attack on power grid

Tens of thousands of people braced for days without electricity in a North Carolina county where authorities say two power substations were shot up by one or more people with apparent criminal intent.