MLHU has plans in works for GO-VAXX bus to return to London, Ont. in late January

In an effort to get more shots in arms, the provincial government is trying to make COVID-19 doses more accessible across the province.

The Metrolinx GO-VAXX bus made a stop in London, Ont. Saturday providing close to 180 appointments.

"This is less than five minutes from our house, so we thought we'd come by today and get our third shot," says Trish Phillipon, who lives close to Commissioners Road and Deveron Crescent in London where the travelling bus was parked for seven hours Saturday.

Her son Nathan had an appointment at the Western Fair Agriplex later in the month, but she was able to get him in for his third dose Saturday as well.

"My wife and I were watching news the other night and they announced that the bus was coming, so she got on the computer and made the arrangements for me," says Jeff Onderwater, who was getting his booster.

With three fully operational vaccine sites in Middlesex-London, as well as pharmacies, the Middlesex-London Health Unit (MLHU) was thrilled the bus could provide additional help. 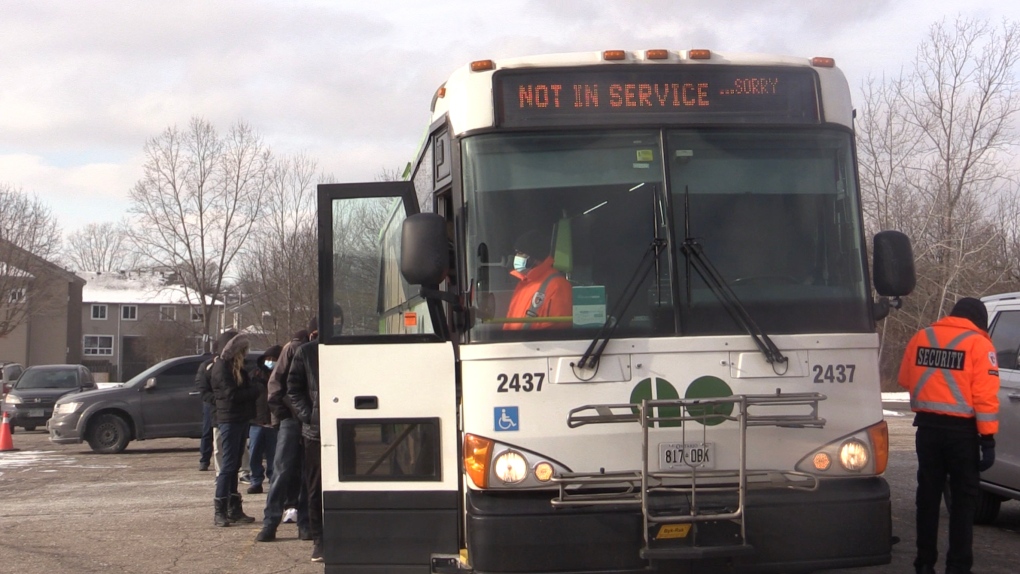 The Metrolinx GO-VAXX bus was parked at Commissioners Road and Deveron Crescent in London, Ont. to give COVID-19 doses on Saturday Jan 8, 2022. (Brent Lale/CTV London)

"We want everybody to get their vaccines and so providing numerous ways in which they can book and get a vaccine is going to get us to that point," says Mary Lou Albanese, MLHU's acting director, environmental health and infectious diseases.

"We were very successful with getting first and second doses into our community and in Middlesex in London. We have 90 per cent for the first dose, second doses around 90. So getting our five to 11 year olds and our boosters, quicker, hopefully we can start to see a decline in cases due to Omicron.”

Booking an appointment on the GO-VAXX bus is slightly different than a regular appointment in the London region. People needed to use the provincial portal, but everyone who spoke to CTV News Saturday said that was no problem.

Those on the bus Saturday said they were able to get in on short notice.

"I found out yesterday (Friday) that the bus was going to be here that they were going to put the on the appointments online at eight o'clock," says Kevin Howard of London.

"So I got up early got online and even though I was online early, I was 35th in line, but got a spot and it was really convenient.”

Some even travelled from out of town to get their shot.

"We came here instead of traveling an hour and half over to Port Burwell or St. Thomas where they want us to go for a vaccine," says Julie Vajdik of Ingersoll, Ont.

"You can't get on the internet to book your appointments, so we waited for this opportunity and we took it.” 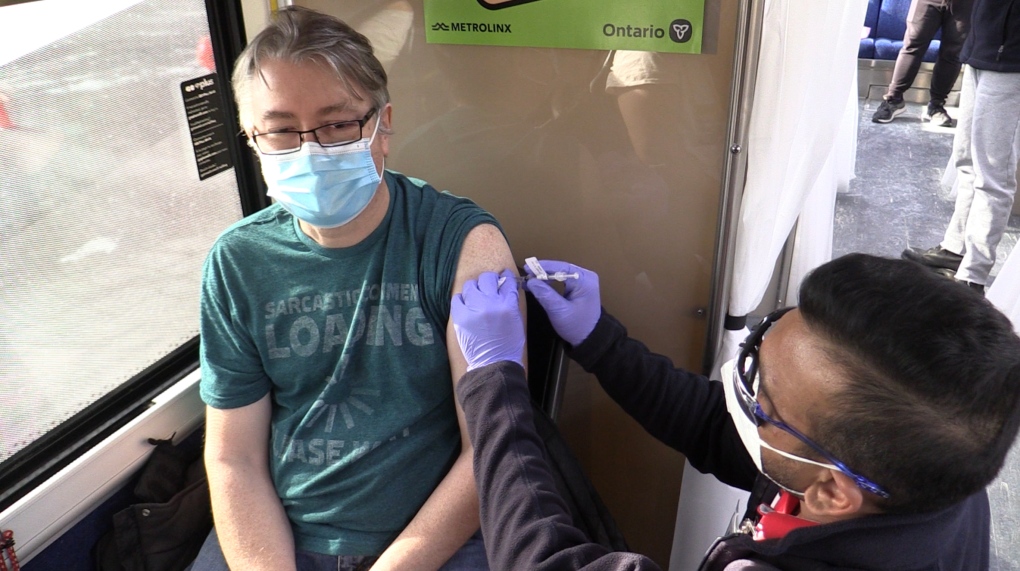 The Metrolinx GO-VAXX bus had close to 180 appointments for its stop in London, Ont. on Saturday Jan 8, 2022. (Brent Lale/CTV London)

Due to high demand the buses are operating by appointment only. There are no walk-ins allows which ensures the safety of those attending the clinic, and security staff.

But that didn't stop a few people from trying to get in without an appointment. Security did turn them away.

The GO-VAXX bus in partnership with Metrolinx has been operating since Aug. 2021, and with ability to do 250-300 doses per day, they've administered approximately 30,000 doses since the program began.

For those that missed out on getting a spot Saturday, the MLHU says there will be more opportunities.

"We're already in discussions about them coming out later in January," says Albanese.

"We're looking at a date, time and a location and we're looking at another location. From the health unit perspective, we're looking at those neighborhoods in which have a lower vaccination rate, and that's typically due to inability to get to a site or book at a site. The bus needs a large area, to be able to park the bus and get people parking is very is necessary. So we are in discussion right now and planning for another bus in a couple more weeks.” 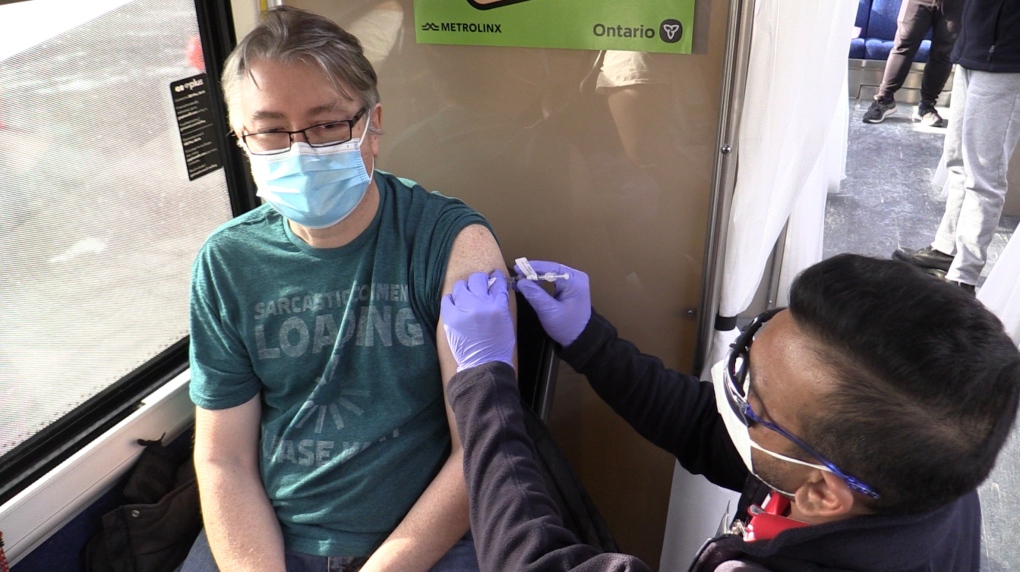 The Metrolinx GO-VAXX bus had close to 180 appointments for its stop in London, Ont. on Saturday Jan 8, 2022. (Brent Lale/CTV London)