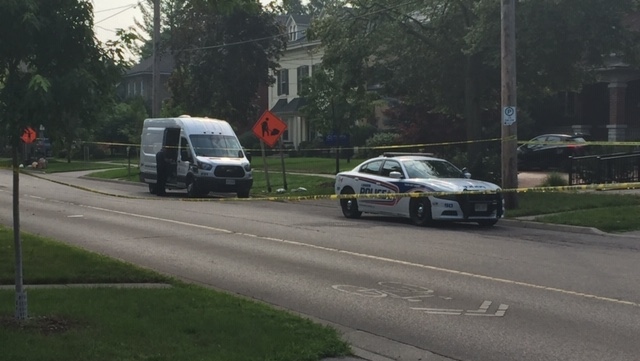 London police have laid charges against a man who allegedly charged at police wielding knives and was then shot by an officer.

The 40-year-old London, Ont. man has been charged with three counts of assaulting a peace officer with a weapon and possession of a weapon for a purpose dangerous to the public peace.

The incident happened on Tuesday night, when officers were responding to a domestic incident on Dufferin Avenue east of Wellington Road.

Ontario's Special Investigations Unit says police located a male suspect who then ran toward the officers armed with knives.

At that point, two officers used stun guns and a third his firearm. The suspect was left with serious but non-life-threatening injuries.

The SIU is investigating the incident.

As Canada prepares to recognize the first National Day for Truth and Reconciliation Thursday, the desire to hear from residential school survivors has soared across the country.