According to police, the theft was reported to the Strathroy-Caradoc Police Service at around 7:44 a.m. Thursday morning. The van, which belonged to a roofing company, was stolen from Second Street in Adelaide Metcalfe Township, just west of Strathroy, Ont.

OPP monitored the vehicle as it moved through the northern part of the county.

Multiple officers attended the scene and a spike belt was deployed in order to stop the stolen van.

The vehicle’s tires were spiked around 9 a.m., but police said the driver vehicle continued driving despite three flat tires and partially riding on its rims. 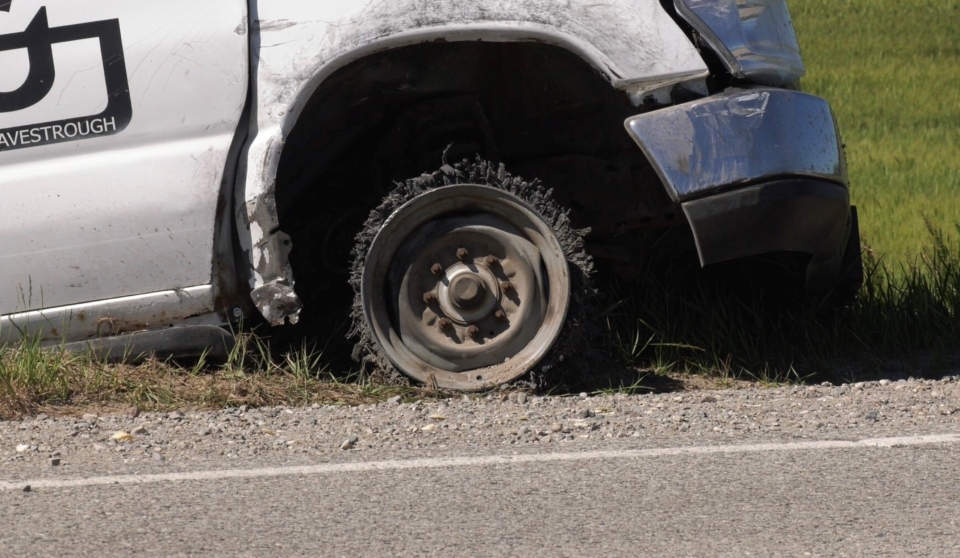 Police vehicles moved around the van, with the van eventually ending up in a ditch on the south side of Elginfield Road, east of Sylvan Road.

Police said one suspect was taken into custody, and a 46-year-old man of no fixed address has since been charged with the following offences:

The accused has been held for a bail hearing.