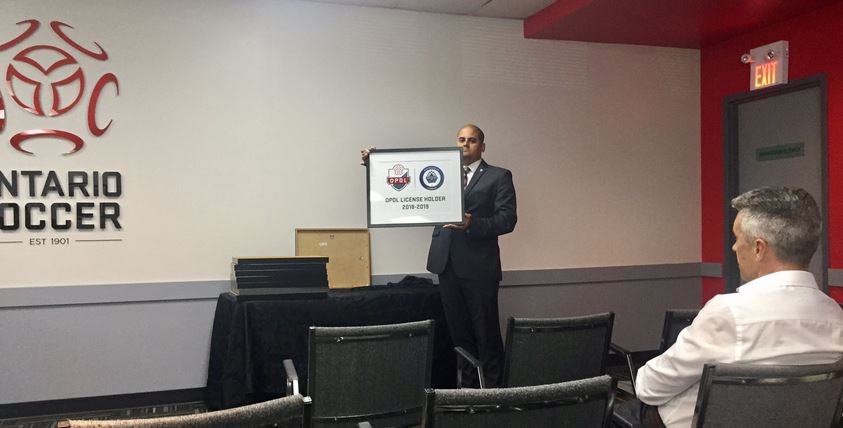 Whitecaps London is announced as an OPDL licence holder by Ontario Soccer.

Whitecaps London and FC London had applied for a licence as it will set their players on the highest pathway for player development in the province.

"We are super excited about the opportunity to take part in the OPDL,” said Abbi Lezizidis of Whitecaps London, who was involved in preparing the documents for Ontario Soccer.

In a news release, Whitecaps London explained that the club will operate independently from its community affiliate London Youth Whitecaps.

It also said that Sarnia FC has also become a community affiliate.

Whitecaps London will begin play in the OPDL in 2018.

The club will start by operating a U-13 boys and a U-13 girls team for the 2018 and 2019 seasons, under the technical direction of Mike Ayyash, the head coach of the Whitecaps FC Southern Ontario Academy Centre.

Jason deVos, an Appin native and former international player who is now the director of development at Canada Soccer, tweeted out his congratulations to the clubs.