Kordula Juhnke never dreamed of earning a berth in a World Championship competition.

The London, Ont. accountant surprised even herself when she and her German Shepherd 'Yukon' she claimed top spot in the obedience category at the IGP Nationals in Scarborough, Ont. last month.

"He's happy to do it for me," says Juhnke. "You train with a toy, but you compete without the toy, but the dog always thinks at some point if I do this exactly how she wants me to, I'll get this toy."

Junke says 'Yukon' has a nice temperament and a clear head. 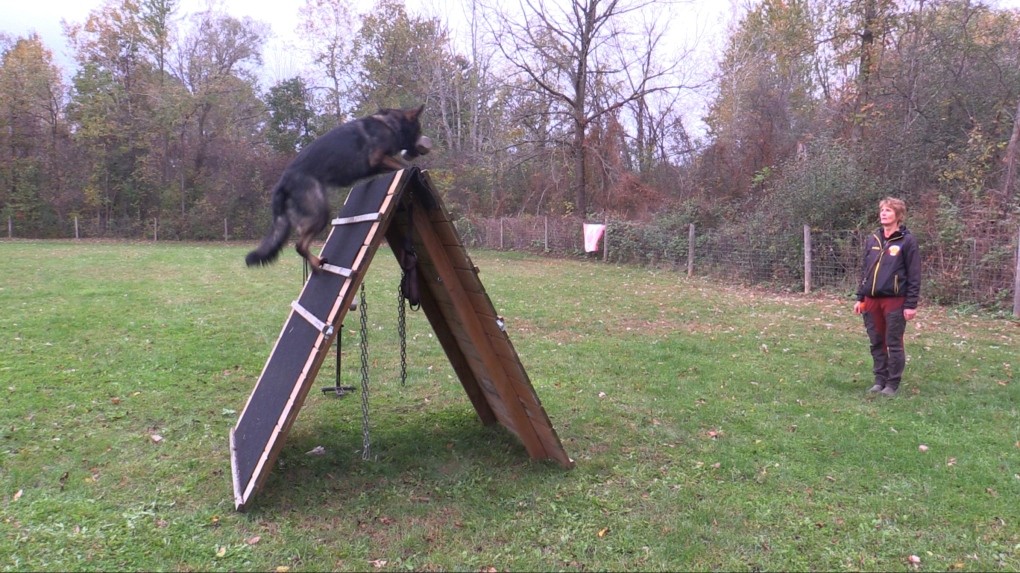 The connection between Junke and her dog is special, and a bond which very few owners can form.

"To have that kind of success for all that hard work, it's fantastic. Not everybody has that connection where they can relate to their dog to the degree where the dog will be so willing to work at that level for the," said Van Pelt.

The first phase of competition is tracking, explains Van Pelt, “Somebody will go out for a walk on a trail, and while they're on their walk, they drop certain articles,” says Van Pelt. "A minimum of an hour later, the dog is going to be sent out to find the track and find all the articles and indicate where those articles are."

The second phase is obedience. Juhnke finished first in Canada in this category at Nationals.

"The dogs are expected to be extremely precise," says Van Pelt. "They need to be fast in their work, and when we're asking for a sit we want an immediate sit."

The third phase is protection. This phase is similar to what you would see in police dog training.

"This is a test of the courage and strength of the dog," says Van Pelt. "The handler tells the dog what to do, but the dog is very much on its own. It's very controlled, but the dog has to have the strength and the fortitude to come through the pressure, and still maintain team the bite. The bite is on our protection sleeve so nobody's ever hurt, and the dogs absolutely love it." 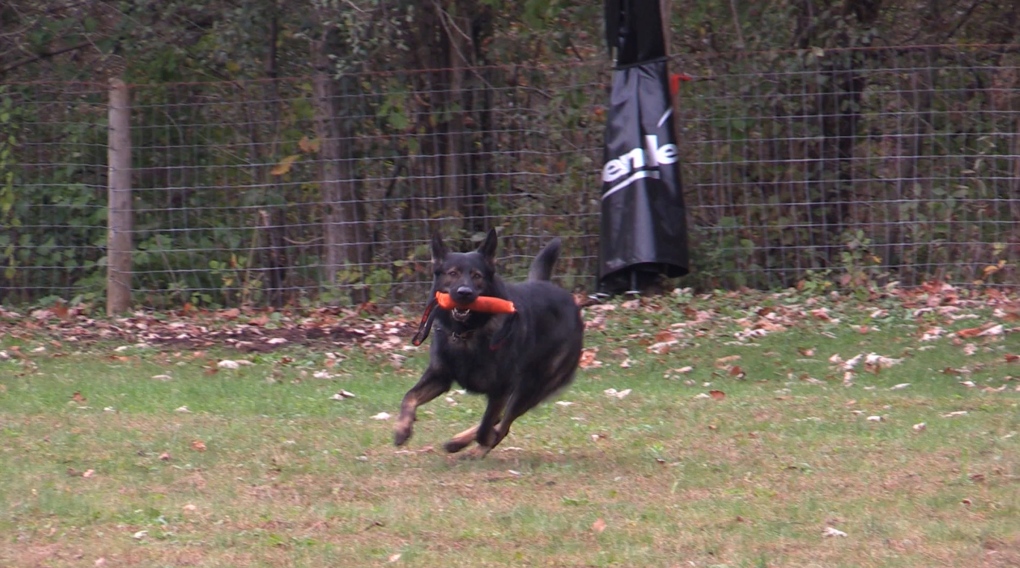 Kordula Juhnke, London, Ont. and her dog 'Yukon' are headed to the WUSV Championships in Lerma, Spain in early November. Seen training on Oct. 23, 2021 near London. (Brent Lale / CTV News)Juhnke works as an accountant, but loves the outdoors and even does farming at home.

"This is nothing like sitting at a computer all day," jokes Juhnke. "When I'm home, he's always at my side. The dog he sleeps next to my bed and he goes wherever I go, unless I go to work, then I leave him at home most of the time."

On Saturday, friends, and fellow members of the London Shutzhund Club held an outdoor event to raise money for Juhnke’s trip, which will cost her and her team thousands of dollars.

"The one nice thing about our sport we are competitive, don't get me wrong, but we also support each other," says Van Pelt. "It's not just the local clubs, but clubs across this country and around the world. Without them and their support we wouldn't have a sport".

Juhnke, Van Pelt and team 'Yukon' leave Friday for the outdoor WUSV event in Lerma, Spain. It was cancelled last year, and this time all participants are required to be double-vaccinated.

"I always knew I had the dog to go to Nationals," says Juhnke. "I never thought about going to Worlds, but it has happened. It's the first time for our club to have anybody doing something like that."

Anyone wishing to lend any financial support to Juhnke can email Van Pelt at info@Londonschclub.com.