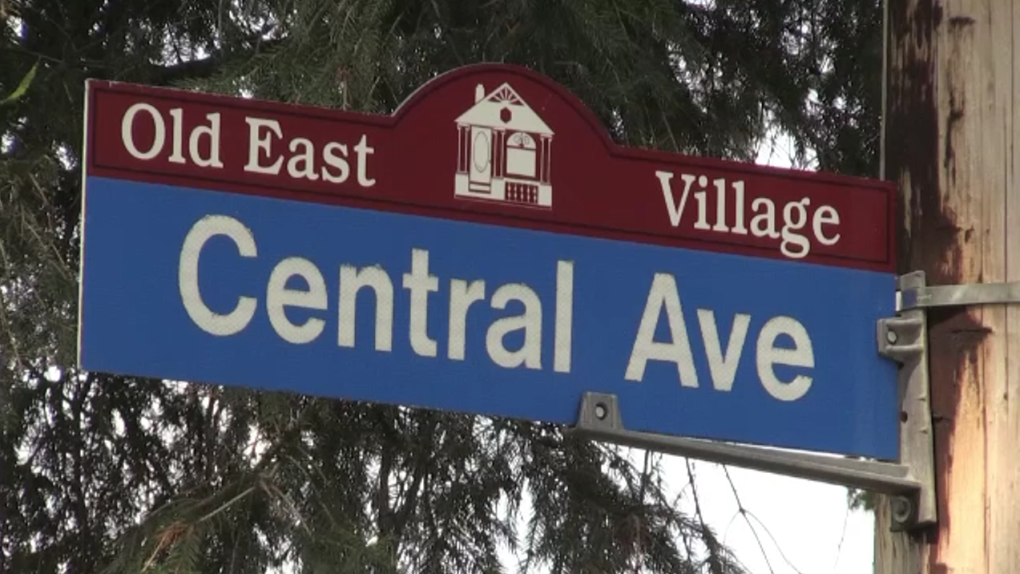 A man reportedly forced his way into a home on Central Avenue in downtown London, Ont. before fleeing and falling from a roof on Beattie Avenue. (Jim Knight / CTV News)
London Ont. -

Police say a London man is in custody and facing several charges after he forcibly entered a residence in the downtown core then fled and climbed to the roof of another home.

Around 6.p.m Tuesday a man allegedly used force to enter a residence in London’s downtown core. The suspect then allegedly threatened and assaulted a female occupant, who was known to him, with a baseball bat and punches.

The suspect fled from the residence in a vehicle and police were notified.

Police were able to track down the suspect located at a residence on Beattie Avenue, where the suspect proceeded to climb to the roof of the home while holding a knife.

After several hours of negotiating with the suspect, police say he then fell from the roof shortly after 11 p.m. and was arrested by officers. The suspect was transported to hospital with minor injuries.

As a result a 50-year-old London man was charged with the following offences:

The name of the accused is not being released, as doing so could potentially identify the victim in this matter.

He was being held in custody pending a court appearance in London on Wednesday.

LONDON, ON (July 28, 2021) – A London man is in custody in relation to a serious assault investigation. Read more here: https://t.co/1swrOELayw #ldnont pic.twitter.com/DvBoQuyFzJ

Candidates are making their final appeals to voters today ahead of tomorrow's federal election. The three main party leaders have packed schedules as they try to reach as much of the electorate as possible.

As the federal party leaders make their final push to Canadian voters, new polling data suggests that the Liberals and the Conservatives are in dead heat.

Quebec reported 742 more positive COVID-19 cases on Sunday, with 552 of those not fully vaccinated.

The United States has blocked the Mexican border at an isolated Texas town where thousands of Haitian refugees have crossed and set up a camp, hoping to stop the flow of migrants as officials also began flying some of the migrants back to their homeland.

Advice for voters on the eve of election day: A Q&A with Elections Canada spokeperson Diane Benson

On CTVNews.ca: A transcript of an interview with Diane Benson, spokesperson at Elections Canada, who answered questions on reduced polling stations, how students can vote, and other challenges facing voters in a pandemic election.

Despite their remote locations, Canada's reclusive lighthouse keepers have one of the highest voter turnouts in the country -- thanks to a part-time election official who flew in their ballots by helicopter. Vlasta Booth, who usually runs a chocolate shop in Victoria, delivered ballots to 27 lighthouses off the coast of B.C., by chopper last week.